Spinning the wheel of progress

The former cricketer and legend is onto pursuits that will see Indian sports reach greater heights. 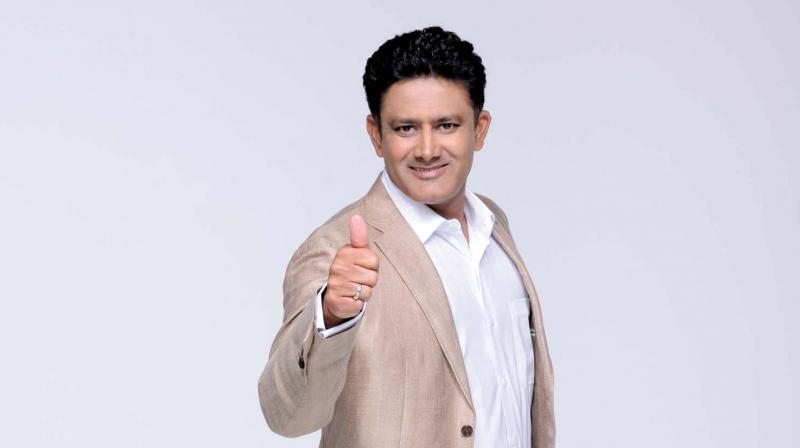 There’s always a hint of a smile hiding behind his serious demeanour. Former cricketer, spinner, captain, coach and legend Anil Kumble is known for his exemplary cricket career, yet in the recent past, his activism is bringing him to the fore. On World Insulin Day, July 28, it was only apt that the most popular name in cricket came together with a health issue that is plaguing most Indians — Diabetes. As a part of the Novo Nordisk Education Foundation run in Bengaluru on July 28 at the Cubbon Park, he will raise awareness and support children with Type I Diabetes. Anil Kumble, as Changing Diabetes Ambassador, will see young children run 2 km and will be joined by T. Suneel Kumar Commissioner of Police to spread awareness of this disease and its far reaching effects on children.

India is the Diabetes capital of the world, and Kumble is hoping to raise a clarion call on the lives of children battling the disease, “What is critical is to bring everyone together to raise awareness. That means not just me speaking about it, but creating engagements and being agents of change. I have attended diabetes conferences (to understand the complexities), and I think that it is important at every opportunity to make people aware about diabetes, not just about the children and the issues they face, but also health care providers and society. Especially in India, where the attitude is that till an illness hits, people take it lightly. The challenges these children go through are life long, they deal with social stigma. It’s not just treatment, but understanding their lifestyle. They suffer from biases, which makes it very difficult for the child. It is also very expensive as the child needs insulin every day. Children from lower backgrounds need our support. Policies also need to be looked into,” explains Kumble.

The man who everyone called Jumbo, owning to his big feet and his indelibly mammoth presence on cricketing history has also been working at the grassroot level for sports. Kumble recently tied up with the Andhra Pradesh government to promote grassroot sports education and training with his company TENVIC with Project Gaandiva. He alongwith former table tennis national champion Vasant Bharadwaj hope to help promote sports in the villages of Andhra. “We are currently managing academies and schools, and will be identifying 100 centres in various sports disciplines that we will run. With foreign coaches, training facilities and sporting infrastructure. It’s the first of its kind initiative to be launched in India, and was recently launched by the chief minister of Andhra Pradesh.”

Which brings us to the oft mulled about topic for any sports fan — why does India lack in sports excellence, “I think the focus should be on grassroot sports but in our country, everyone speaks about it once in four years (at Olympics or world cups) asking about how many medals we have won. Unless we focus on the grassroot consistently, instead of focusing on the final medal tally, how can we change the scenario? The Andhra Pradesh state government is heavily focused on sports. This wonderful initiative is reaching out to people where they are living, rather than displacing them,” adds Kumble.

The cricketer who was recently seen in full action during the IPL, in the Dugout, is a wildlife aficionado, and loves photography, though he admits to not having the time for that solitary passion. “These recent past months I have been too busy. Unfortunately, I have not had the chance,” says the avid photographer who had brought out a book in the past and is actively seen often posting some exclusive pictures on his social media accounts.

Are his children following in their dad’s footsteps, we ask. The spin maestro shares, “They are not that into sports, but do their regular rounds of fitness. They are not aspiring sportsmen, if that is what you are asking. They are into swimming, and the older one is into dance. They play a few casual sports, but that is all.”

With India being the Diabetes Capital of the world, Anil Kumble hopes to see a change in awareness amongst society, and a change in attitudes, “Today, people think diabetes is only a city problem, because there is more junk food here, but it is a lifestyle issue — no exercise, a casual lackadaisical attitude towards health, etc. Exercising is key, and awareness is kicking in, especially in a city like Bangalore where running and cycling is becoming very popular. When we were children, we used to play on the streets of Bengaluru, this lack of space today needs to be addressed by the government, by not approving licenses for schools without playgrounds. Today, there is hardly any space for children to play,” says the man whose mindboggling 10-wicket haul against Pakistan is legend that will live on, as will his other endeavours to see sports thrive!