An Indian family was caught stealing stuff from their hotel room in Bali. 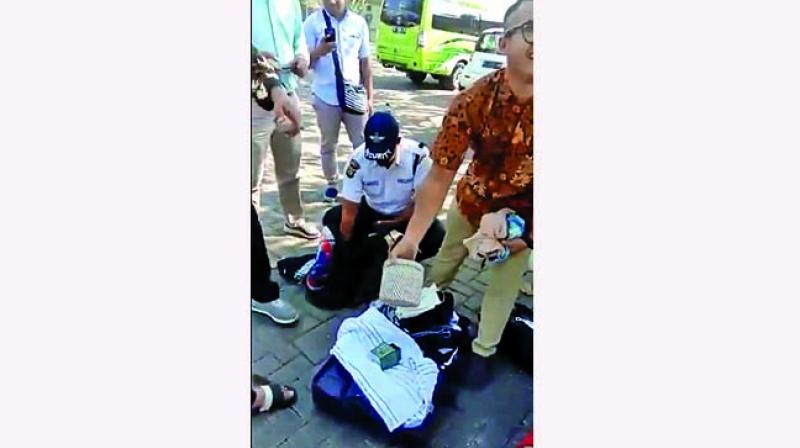 A video uploaded by the hotel staff member has gone viral, and fellow Indians are disgusted as this brings the whole nation a bad name.

Barely a week back, a luxurious hotel in Switzerland, put up a notice addressed to ‘Guests from India’ where they listed many dos and donts. And Indians were appalled, saying, “how dare the European hotel generalises that all Indians behave badly.”

Well, an Indian family holidaying in Bali, has shamed us even more. A video that has gone viral, shows the Indian family ‘caught’ by the authorities for packing up just about everything in the hotel room! The towels, hair dyer, decorative items in the room...the list was quite long. And when confronted by the hotel management, the woman is defiant and rude. But when their bags were opened and all the stolen items were found in them, she argues “ok...we shall pay for them.”

The video was posted on twitter by one Hemanth, who wrote, “this family was caught stealing hotel accessories. Such an embarrassment for India. Each of us carrying an #IndianPassport must remember that we are ambassadors of the nation and behave accordingly. India must start cancelling passports of people who erode our credibility”

However, one twitter user by the name TDH Nair, was rather kind to the family, saying, “We don’t know the complete facts. Kleptomania is a disorder. Let us please think about those children (looks like school going kids) before spreading it further.”

But doctor Dr Charan Teja Koganti, consultant neuropsychiatrist, doesn’t agree. “Tourists packing stuff like toileteries, bath robe, towels, etc. is an ugly habit — not kleptomania. Many Indians feel since they are paying for the amenities at the hotel they can take home the unused stuff. It’s a mindset.”