Anmol Sachar tells you why you should follow your dream

This YouTuber bet on himself and followed his passion and it paid off. 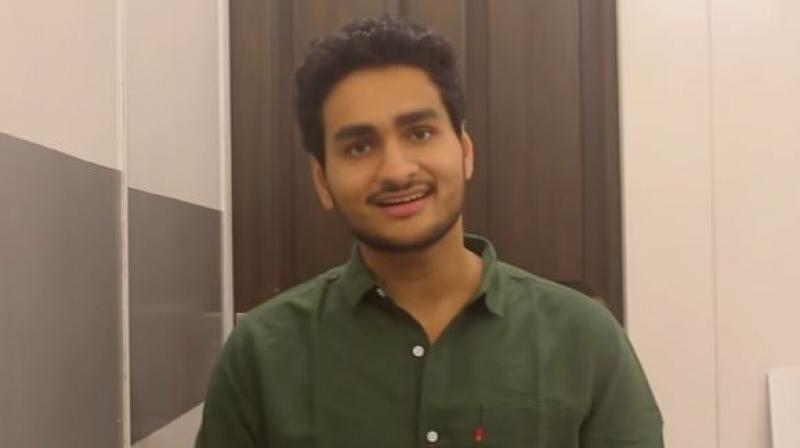 His comedy videos are based on raw humour and relatability. Other than comedy, he also makes videos called ‘Anmol Talks’ where he gives his views on certain subjects. (Photo: Screengrab)

Anmol Sachar is a content creator on YouTube. He makes videos in the comedy genre and has attained great fame doing so. Sachar now has over three lakh subscribers on YouTube but the journey was not easy.

Sachar had always been fond of story-telling, even as a kid. Throughout school, Sachar was not only good at academics, but also took part in extra-curricular activities. When he topped Class 10, everyone expected him to take the conventional route of doing engineering or something like Chartered Accountancy. But Sachar knew exactly where his calling was.

During the course of his internship at TVF Media (The Viral fever), he discovered his love for comedy and honed the skill of bringing it out through story-telling. After doing his graduation in Bachelor of Media (BMM), he joined his rapidly expanding family business. The business, that entailed career management and recruitment, did not allow for his creative juices to flow. After completing six months in the family business, he couldn’t ignore his gut feeling- do something in the field of comedy.

He quit the business and started his own YouTube, Instagram and Facebook channels. He made this career switch by taking a big risk, no consistent income or guarantee of the future. But his passion kept him going. His hard work and passion paid off and he has now built a 3 lakh + strong army of subscribers.

His comedy videos are based on raw humour and relatability. Other than comedy, he also makes videos called ‘Anmol Talks’ where he gives his views on certain subjects. In one of those videos, he spoke about his fitness journey and how he lost 38kg in a year, inspiring hundreds of other youngsters.

“It feels great to influence people’s lives in this manner. Having the ability to make a positive impact on someone else’s life by making them smile or inspiring them in some way to be a better version of themselves is truly the biggest reward this field can give you!” he said.

Sachar has also collaborated with Akshay Kumar for a video on his friend’s channel. He envisions to spread more smiles by the passing day as he strives to get his videos discovered by a larger audience.