Jamaican music icon’s death was not due to a four-year battle with cancer, but had a more sinister cause. 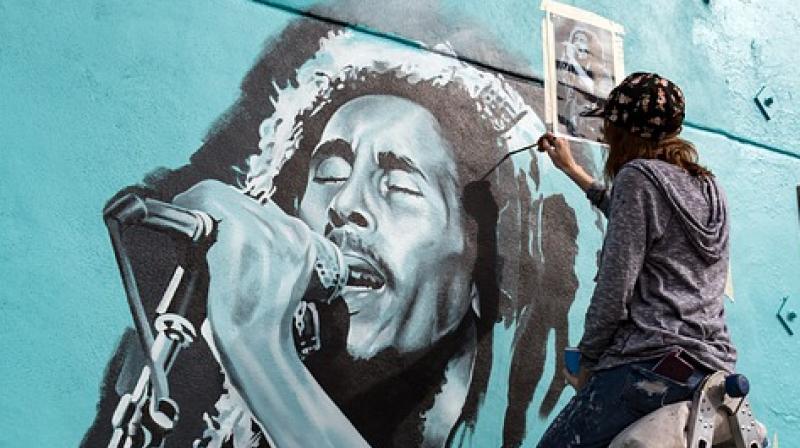 Oxley admitted to not having any problems with proceeding with Bob Marley assassination because he was a patriot who believed in the CIA. (Photo: Pixabay)

In a shocking revelation it appears that Reggae legend Bob Marley tragic death has more to it than previously thought.

According to Daily Star, the Jamaican music icon’s who died aged only 36-years-old, leading music lovers world-wide to grieve, was not cut short following a four-year battle with cancer, but had a more sinister cause.

According to 79-year-old Bill Oxley, who was speaking from his deathbed, he claimed the murder of Marley among 17 other assassinations for the American government between 1974 and 1985, at a time when he said the CIA “was a law unto itself.”

Oxley, who, according to the Daily Star worked as an operative for the CIA for 29 years, said he was often used as a hitman on targets deemed to be a threat to the US.

In an interview shared online, he admitted to not having any problems with proceeding with the Bob Marley assassination because he was a patriot who believed in the CIA.

According to the interview he said, “I didn’t question the motivation of the agency - I’ve always understood that sometimes sacrifices have to be made for the greater good.”

Furthermore, according to conspiracy theorists Oxley used fake press credentials to gain access to Marley at his Blue Mountain retreat.

According to him, he introduced himself as a famous photographer from New York Times and proceeded to gift Marley a pair of Converse All Stars, ‘Size 10.’

“When he tried on the right shoe, he screamed out ‘OUUUCH,” Oxley said, before adding, “That was it. His life was over right there and then. The nail in the shoe was tainted with cancer viruses and bacteria. If it pierced his skin, which it did, it was goodnight nurse.”

Oxley says he kept close contact with Marley during the final years of his life, ensuring the medical advice he received in Paris, London and the United States “would hasten his demise rather than cure him.”

“The last time I saw Bob before he died he had removed the dreadlocks, and his weight was dropping like a stone,” he said, adding, “He was very withdrawn, unbelievably small. He was shrinking in front of us. The cancer had done it’s job.”

Although widely dismissed as fiction, the account does tally with findings by UK scientists in 2014, who discovered the mysterious acral melanomas – the rare type of skin cancer that caused reggae musician’s demise – was in fact not caused by the sun.

Not only that, Bob Marley’s son Ziggy has previously implied that his father was killed.