A lot of heart-work

Meanwhile, a lot of Indian youngsters now work on turning their dreams into their profession, right from the get-go. 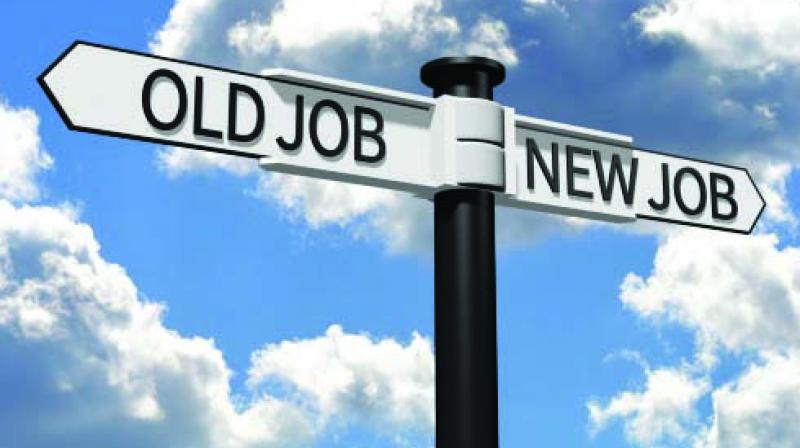 As far as jobs go, it is quite common for one to feel like they are stuck in a loveless marriage. And society’s perception of 9-to-5 jobs is simply the shackle that holds people back from chasing their dreams.

As far as jobs go, it is quite common for one to feel like they are stuck in a loveless marriage. And society’s perception of 9-to-5 jobs is simply the shackle that holds people back from chasing their dreams. But, there are always a rare few that break the rules and rise above the rest. From giving up well-paying jobs to revolutionising agriculture in villages to leaving their jobs abroad to start a wedding planning start-up, India is now all about people who are not afraid to listen to their hearts.

“It was always a tough decision but I never regretted it,” says entrepreneur Priyanka Gupta, who gave up her practice in medicine to pursue her dream of opening a restaurant. A mother of two, Priyanka started her career after graduating as an MBBS in 2007. Her ambition, however, turned her life’s direction towards the world of business. Along with her husband, she opened the first microbrewery in North India.

Speaking of what pushed her to make this extraordinary shift, she says, “Although medicine is an amazing stream to pursue, I felt, it lacked the thrill and multidimensional aspect of business. I started having second thoughts about pursuing my specialisation as soon as I passed out of medical college.” Priyanka’s success on taking the first leap of faith emboldened her to open her second microbrewery in Chandigarh even though she faced stiff challenges in both cases. “My husband comes from a background of teetotallers and vegetarians. So, they were firmly non-supportive of my idea. I was lectured each day about how we won’t be extended any support in terms of money and so on,” recalls Priyanka. She believes that it was her “Arjuna-like determination” that helped her survive those hardships. “It was a matter of survival,” she quips.

While it takes a lot of determination to follow one’s passion, it takes even more courage to leave behind the comforts of a permanent job and dedicate one’s life to environmental causes. Noida-based engineer Ramveer Tanwar made a lot of headlines earlier this year when he quit his job at an MNC to conserve waterbodies. “My fight to revive and preserve the waterbodies in my village is my only job now. I have not turned back once after I chose to create the jal chaupals instead of my old job,” says Tanwar with a hint of humble accomplishment in his voice.

Having always been interested in environmental conservation, Tanwar initially tried to balance his job with his passion. But when the candle started burning a bit too brightly on both ends, he had to make a choice. “I started getting some sponsors who were interested in my conservation work. It was with their encouragement that I decided to take it up full time,” recalls Tanwar. He still faces some opposition from his family for risking his finances and listening to his gut, and advises, “Following one’s dream is never easy. There is always the fear of failure. The secret to success lies in just taking a leap of faith and facing life head-on,” before signing off.

Meanwhile, a lot of Indian youngsters now work on turning their dreams into their profession, right from the get-go. “I realised I wanted to work in video production after high school. This is not even close to a secured job and things were particularly tough for me as I had failed in my 12th standard finals and both my parents are doctors,” says Panchsheel Gaikwad, a freelance video content producer. Talking about his journey, he says, “I had zero clues initially of what I wanted to do but I knew it was in the field of videos. Now, I am in a place where I am producing my own docu-series and it will be out sometime next month.” The hurdles of parents and society need to be crossed first, believes independent filmmaker Krittika Kannojia. “Indian parents, in general, lack exposure and it’s our job to sit them down and explain to them what we want to do,” she concludes.