In praise of folly

Zainab Al-Hamdani, Event Supporter, tells us about the progression of the event. 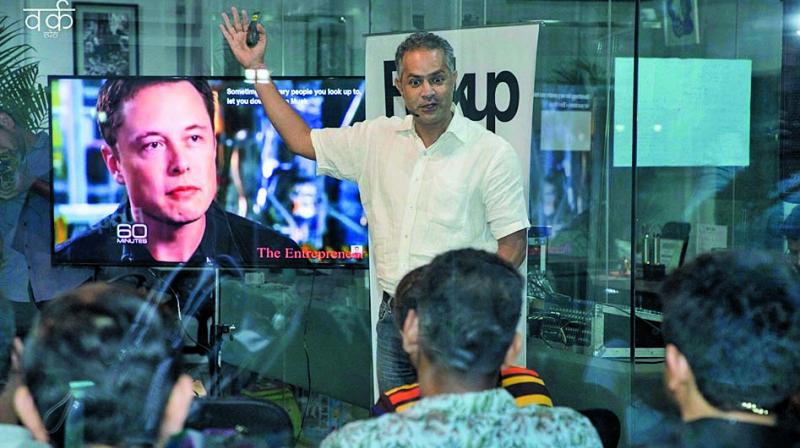 The Mumbai chapter of a unique global movement shines the spotlight on stories of failure, reminding us that they are way more common than we’re made to believe.

Ever had someone stick an ‘L’ sign on their forehead and jeer at you? You’ve just been branded a ‘Loser’ — someone who has failed at many things. Being called a loser is hurtful, and can make us feel incompetent, isolated and really foolish. But, the good news is that everyone has failed at one or more things, and an event in the city aims to erase the negative discourse surrounding failure and remind us that it is an experience way more common than we’re made to believe. Titled ‘Fuckup Nights Mumbai’, the meet-up prides itself on being a ‘platform for failure’. At its second edition, like its first, four speakers will come clean about professional and personal failures they’ve encountered, and kick-start a conversation around failing. The event is part of a global movement, started by a Mexico-based company, and having a presence in more than 81 countries and 318 cities.

So how did it make its way to Mumbai? City lead of the movement and Founder of Vorq Space, Akshit Mehta, reveals that he came across a Fuckup Nights meet-up in Chiang Mai, Thailand, was intrigued by the concept, and decided to procure a license to hold the event in Mumbai. “I believed in the concept because I personally feel failure is not bad. Also, in the start-up industry, there is more failure than success stories, so I was sure there wouldn’t be a dearth of speakers,” he says.

However, publicising the event proved to be a challenge, because of the expletive in the name. Despite this, Akshit reveals that the first meet-up saw a strong audience of 70-75 people. “At first, we were unsure about how many people would be willing to talk about their failures in front of a huge crowd, because in India, right from a young age, we’re taught that failure is bad. So we find it difficult to accept failure. But we were determined to break this stigma, and realised that people too really warmed up to the idea of talking about failure,” shares Akshit.

Zainab Al-Hamdani, Event Supporter, tells us about the progression of the event. “We choose four speakers and each of them speaks for seven minutes. They use PPTs to talk about their professional or personal failures and after each session, the audience is invited to ask questions,” she reveals. Akshit says that the speakers are encouraged to share only stories of failure and not rags-to-riches or failure-to-overnight success stories. All the stories are verified before they are shared and speakers are asked to refrain from naming and shaming people through their stories.

“I was surprised at how many failures a single person can experience. We told the speakers to pick three failures to talk about and explain them over 10 slides. Many speakers found 10 failures for 10 slides,” he chuckles. When asked about the kinds of stories shared, Akshit says, “Any kind of failure can be a fuckup really, so it could about not clearing 12th grade, ending up with the wrong partner, jumping into a business without much research, or burning up your funds quickly. Some people even spoke about how they were deserted by family members who perceived them to be failures,” shares Akshit, before revealing his own failure story. “I never practiced law after studying it. I should’ve pursued a business course rather than one about law!” says the entrepreneur. Questions from the audience can provoke wonderful answers on how to deal with failure, as speakers share things they’ve tried, like meditation, moving to the mountains or even taking a sabbatical.

The point of the event isn’t to rub salt on wounds, but to experience healing through acceptance and sharing. “It changes the way you perceive failure. As an audience member, you feel like you can relate with the speakers because you realise that you’re not the only one who has experienced failure. Also, when you only listen to success stories, you judge yourself too harshly and feel insecure about where you are in life. When you attend this meet-up, you learn about the failures that even a super-successful person has encountered,” opines Akshit.

Zainab believes in the concept because she feels that it helps people soldier on towards their goals. “At such a meet-up, you realise that everyone is going through failure or is afraid to start something. When you hear somebody’s story, it gives you the confidence to work on or attempt something you’ve been meaning to try. Everybody talks about success, but this meet-up lets you see the failures that lead you to that success.”