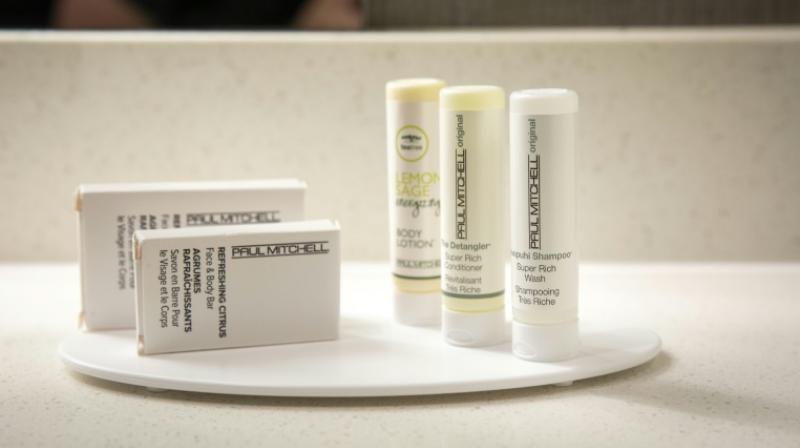 Instead of moving to refillable, wall mounted dispensers, the hotel will switch to larger pump-action bottles. (Photo: AFP)

But instead of moving to refillable, wall mounted dispensers, the hotel will switch to larger pump-action bottles that contain about 10-12 times the amount of shampoo, conditioner or bath gel.

These will be removed by staff when they run low and sent for recycling -- though in reality many US municipalities currently send much of the plastic marked for recycling to landfills or incinerators.

"Our guests are looking to us to make changes that will create a meaningful difference for the environment while not sacrificing the quality service and experience they expect from our hotels," said Arne Sorenson, the group's president and CEO.

The chain estimates the move will prevent about 500 million tiny bottles from going to landfills, a 30 percent annual reduction from current amenity plastic usage.

The move is an expansion of a policy that was first rolled out in January 2018 in the chain's economy brands. In July 2018, it adopted a plan to remove plastic straws and stirrers from its hotels.

Plastic items take more than 400 years to degrade, while the notion that dutifully placing plastic in the recycling bin will result in it actually being recycled has been challenged, particularly since China stopped importing millions of tons of plastic waste in 2018.

A recent study published in Science Advances estimated that of the total global plastic waste generated by 2015, approximately 6,300 million metric tons, only 79 per cent was in landfills or the environment, 12 percent had been incinerated, and only nine percent was recycled.