This Halloween forget the lantern and pumpkins, instead share some spine-chilling stories… real ones of course! 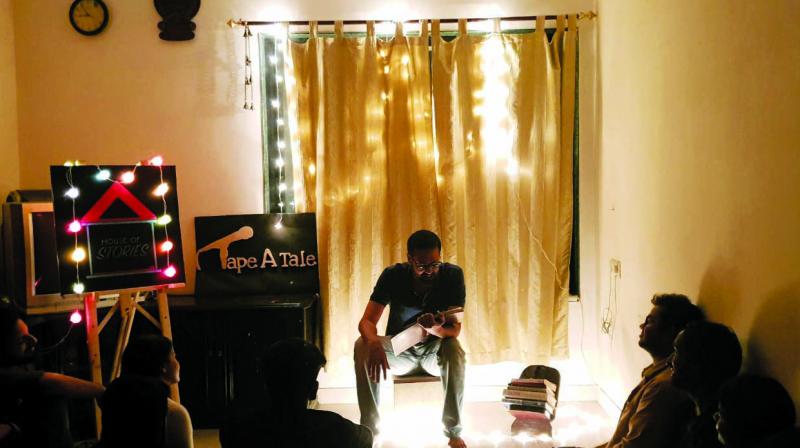 House of Stories event by Tape a Tale

With the season of trick-o-treating, spooky nights and pumpkins around the corner, there is a lot happening in and around the city. While eateries are lining up with special menus and offers, the real fun of Halloween lies in exchanging scary stories, the ones you share at camps next to a bonfire, with the sounds of bats, crackling twigs, and hooting of owls adding up to make the story a memorable one.

But, you don’t have to go camping in a cold forest to enjoy Halloween as Tape A Tale — a platform for crowd sourced personal stories  — is bringing a ‘spooktacular’ package to the city without your teeth having to chatter.

Their House of Stories is a Halloween special, which promises to unearth real life spooky stories. Ali Husen, co-founder of Tape A Tale says, “People attending this event are going to dress up in Halloween costumes. The place is going to be decorated to match the theme and personal stories will be shared.” Only six stories will be picked from the lot that has been sent to ensure that listeners are treated to only the best, scariest tales. 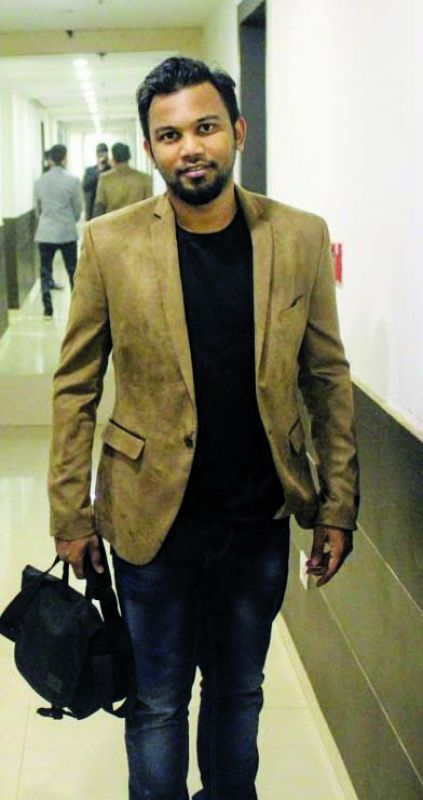 Giving us a sneak-peek into the kind of stories listeners could expect, Ali says, “One story is about two people who were studying late at night, and suddenly, they heard someone walking in the balcony. From the open door they could see a tree with not even a single leaf moving but the curtain on the window, which is next to the door, was fluttering violently such that it almost began to tear.” He also reveals that there is a twist at the end that will leave you in shock.

To make the experience spookier, the curator has arranged for background scores for a couple of stories that will be played along with the narration. “When the narrator says ‘window creaks open’, there will be a creaking sound played on a speaker that the audience will not be aware of. It’ll be like a creepy sound that comes out of nowhere,” he smiles.  Although only the top six stories are going to be selected, a lucky audience member will also get a chance to narrate a personal paranormal tale.

“I’m hoping for a lot of spooky and scary stories. And I’m also hoping that none of audience members are able to sleep that night,” says Ali with a grin. Not just stories, it is also a costume event and the co-founder has a quirky idea for his own outfit; he says, “Well, I have a couple of ideas but one of them was dressing up as a Baba, as that’s certainly scary in recent times.”

Since the event is being held in a living room, the venue is being kept secret and will only be shared with those who book tickets. So, it’s time to put on your scariest costume, take out your jack-o’-lantern and enjoy the spookiness.