Harry and Markle to wed in Windsor in May

Couple’s official engagement together on Friday will see them raising awareness of charities working to prevent HIV/AIDS and youth crime. 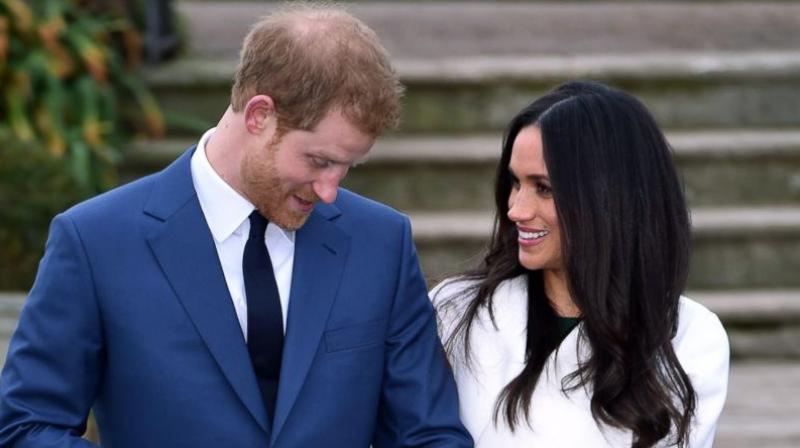 Markle intends to become a British citizen, though she will retain her US citizenship while she goes through the process. (Photo: AP)

London: The wedding of Britain’s Prince Harry and his fiancee Meghan Markle will take place next May in St George’s Chapel at Windsor Castle, a venue with royal associations going back centuries.

The fifth-in-line to the British throne, 33, and the American actress, 36, previously best known for her starring role in the TV legal drama “Suits” announced their engagement on Monday, sparking a trans-Atlantic media frenzy.

The couple have chosen to marry in Windsor, west of London, because it is “a special place for them”, Harry’s spokesman told reporters. Queen Elizabeth, the prince’s 91-year-old grandmother, will attend the ceremony.

“The wedding will be a moment of fun and joy and reflect the characters of the bride and groom,” he said.

The couple’s first official engagement together will take place on Friday in the central English city of Nottingham, where they will raise awareness of charities working to prevent HIV/AIDS and youth crime.

“Prince Harry has spent a significant amount of private and public time in (Nottingham) and His Royal Highness is looking forward to introducing Ms. Markle to a community that has become very special to him,” Kensington Palace, Harry’s official residence, said in a statement.

Markle, who attended a Catholic school as a child but identifies as a Protestant, will be baptised and confirmed into the Church of England before the wedding, Harry’s spokesman said.

She intends to become a British citizen, though she will retain her US citizenship while she goes through the process.

“Miss Markle will be compliant with all immigration requirements at all times,” the spokesman said.

The Gothic St George’s Chapel is located in the grounds of Windsor Castle, which has been the family home of British kings and queens for almost 1,000 years.

Within the chapel are the tombs of ten sovereigns, including Henry VIII and his third wife Jane Seymour, and Charles I.

The year 2018 looks likely to be a busy one for the British royal family, with Harry’s older brother Prince William and his wife Catherine, known as Kate, expecting their third child in April.

Earlier on Tuesday, Kate said she and William were “absolutely thrilled” about Harry’s engagement.

“It’s such exciting news. It’s a really happy time for any couple and we wish them all the best and hope they enjoy this happy moment,” she said.

Harry’s stepmother Camilla, now known as the Duchess of Cornwall, was equally enthusiastic.

“America’s loss is our gain,” she said of Markle.