Police suspect smoke emanating from incense sticks brought by the relatives could have 'irritated' the bees that swarmed the place. 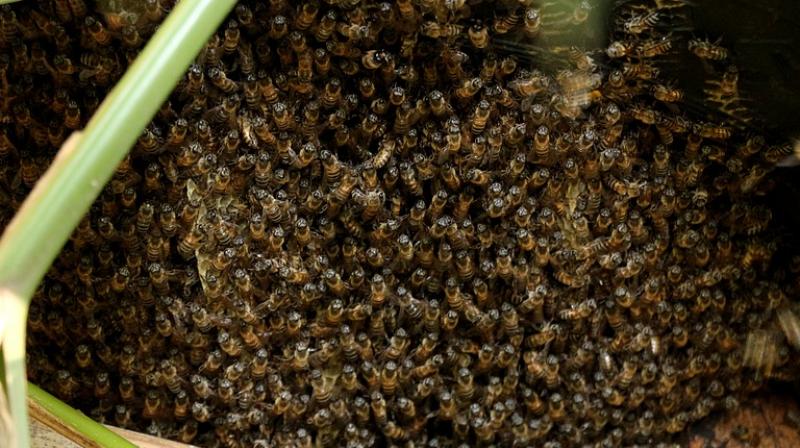 A couple of persons sustained injuries in the incident and were treated at a local hospital (Photo: Pixabay)

Madurai: In a bizzare incident, the body of an 80-year old dead woman was briefly abandoned at a burial ground near here as her relatives ran for cover following a attack by bees.

The kith and kin were preparing for the burial yesterday when the swarm of bees appeared from nowhere and stung, prompting them to leave the body and run for cover, police said.

Police said they suspect smoke emanating from incense sticks brought by the relatives could have 'irritated' the bees that swarmed the place and started attacking the gathering.

A police team from local Thirumangalam station and Fire and Rescue services personnel immediately reached the spot, with the latter using fire torches to drive the insects away.

Later, the deceased was buried, they said. A couple of persons sustained injuries in the incident and were treated at a local hospital, police added.

An inspection of the nearby trees revealed that there were no beehives but it was suspected that the bees could have been possibly hiding in holes in tree trunks, police said.