Creating a wave of change with their tiny initiatives for a cause, many children are winning hearts globally. 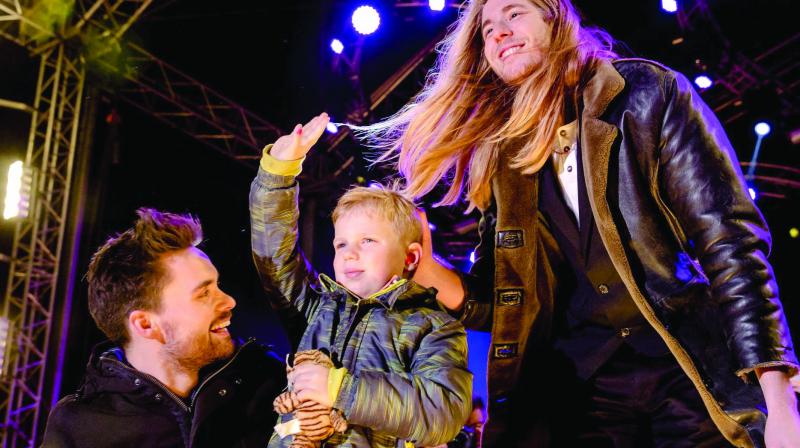 When six-year-old Tijn Kolsteren was diagnosed with brain cancer, the little Dutch boy decided to help as many children as he could, as a part of his bucket list! And since then, the terminally ill six-year-old has managed to raise more than 2.5 million Euros for charity, by daring people in the Netherlands to paint their nails. The kid has won hearts globally for his selflessness and his nail polish challenge even trended worldwide on twitter, which helped him garner more funds.

With his nail-painting dare, Tijn has managed to grab the attention of DJ Armin Van Buuren and even the prime minister along with a number of other celebrities who also had their nails panted to support his cause. The Dutch media has hailed the boy a hero for making such a large impact in a short span, at the age of six! Similarly, Mansoor Chetlu, a social service worker from Chennai has also managed to make a huge impact at a very young age. At the tender age of 17, he started helping destitute and homeless people, caring for them and making sure they had adequate food and water for survival. And in the next five years, he had helped more than 100 of them get established jobs and in case of deaths, also arranged for their funerals. And apart from helping humans, he also doubles as an animal rights activist. A group of school boys in Bengaluru also managed to stop the chopping down of more than 500 trees, which sends a message to the youth that if you do believe in a cause strongly it’s not that hard to do something about it.

Speaking about the difficulties about spreading awareness and raising funds, Mansoor Chetlu opines, “I think if you believe in the cause more than anything, you will manage to raise funds and get help. The sincerity has to show and the motive needs to be transparent. True, there are a lot of times you have to shamelessly go up to people and ask them for funds, but there has to be dedication towards the cause. Social work is my passion,” The Team Head Volunteer of the Tamil Nadu based NGO New Life, also believes that it is indeed a task in today’s world to garner this kind of positive attention. “Everybody is busy in their own lives and nobody today really bothers about others/ It has become a tad bit selfish but there will always be people like us, who will try to make the world a better place to live in,” he says in conclusion.