Thompson received a call on October 31, that Pilot, though badly burned and in extremely poor share, was alive and was being looked after. 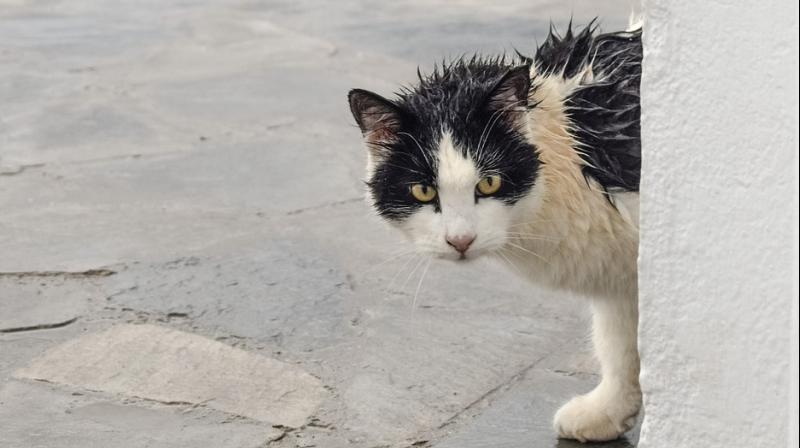 A woman from Longmont, Colorado was reunited with her cat after it went missing ten years ago, when it was found badly burned but alive in the California wildfires.

In 2007 Jenn Thompson’s cat, Pilot, left the family’s old home never to return again. However, pilot was recently discovered in the rubble left by the California wildfires on Halloween.

Thompson received a call on October 31, that Pilot, though badly burned and in extremely poor share, was alive and was being looked after at the Northern California pet hospital, where incidentally, Thompson’s sister works, according to Times Call.

According to the story, vets had scanned the microchip that had been planted in Pilot when he was just a kitten and was able to trace it back to Thomon.

On receiving the news, the couple headed to Northern California to get Pilot back who was in need of two surgeries, including one to amputate five of his toes.

Pilot is now living back in Longmont with Thompson, her husband and their other three cats.

Thompson says that Pilot must have recognized her voice, and on being brought home, instantly cuddled up with her.

The family got Pilot in 2004, he was just three-years-old when he didn't come back one night, which left the family devastated.

After checking the local animal shelters with no success they decided Pilot might have been taken by coyotes.