From online stunts gone wrong to children getting a bit too curious, the year had a lot of bizarre stories to offer. 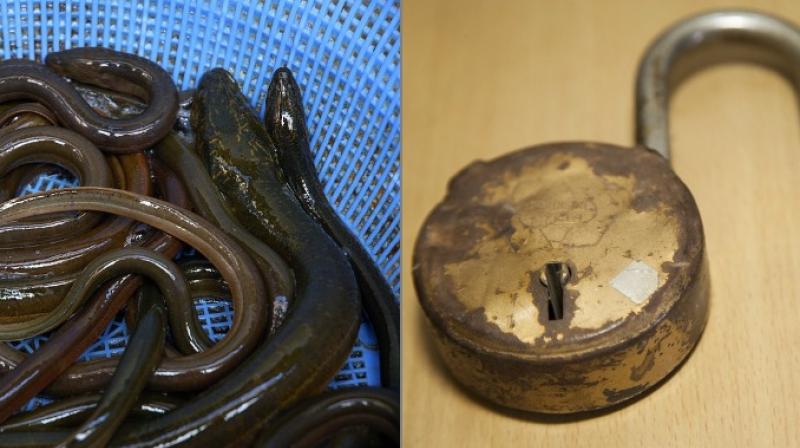 Some came across as revolting while others left everyone puzzled (Photo: YouTube/Pixabay)

Every passing year comes with its share of significant events, individuals and controversies that make headlines. But alongside that, bizarre news stories that often leave people baffled are also being reported increasingly.

2017 also came as a year when cases of people ending up with different objects in their bodies surfaced frequently. Among these the most revolting were incidents of people putting weird things inside their private parts.

Here are things doctors discovered in vaginas and penises of people in the past year.

One of the most disturbing cases reported in 2017 involved a notorious vlogger in China nearly losing her life after inserting a live eel inside her vagina. The woman performed the act on camera after which the eel had to be removed surgically in order to save her life.

Zhang Moumou was later arrested by China’s anti-porn police along with 22 others for spreading inappropriate content.

Adventures in bed gone too far

Rising exposure to content on the internet and awareness about sexuality has led to people developing weird fetishes and experimenting more in bed. But sometimes things can go wrong when people take things a bit too far.

A couple in Alabama was rushed to the hospital when a man ended up with his head stuck in his wife’s vagina during an extreme sex act. The woman was in excruciating pain until paramedics finally separated the couple with the man suffering bruises and the woman having internal bleeding.

While a child playing with magnets sounds completely normal, sometimes this can lead to shocking consequences. While children are curious, one boy from China took his curiosity to a disturbing level.

The 11-year-old was left in pain when he inserted a chain of tiny magnets inside his penis. The object got stuck in his urinary bladder and caused bleeding as doctors had to perform a cystotomy to remove 26 magnet balls from his body.

A painful way to seek pleasure

Among cases of people pushing things up their genitals, the incident of a man with a padlock stuck in his bladder was the most mind boggling. The 31-year-old was left in pain after pushing the lock inside his penis for sexual pleasure.

Doctors had to cut a hole in his bladder in order to get the lock out of there after conducting tests to see if it was safe to operate.

The inexplicable fascination with eels

While a Chinese vlogger almost died after pushing a live eel up her vagina, a man was hospitalised when he shoved one in his rectum. The man complained of excruciating pain as doctors spotted an eel inside his body.

Doctors had to remove the creature surgically and although the man didn’t confirm how the eel got inside his stomach, doctors said that it went there through the anus.

The painful price of superstition

While treatment for several ailments is available in most parts of the world, some people still manage to land themselves in trouble due to blind faith. A farmer from Madhya Pradesh had to face the consequences of relying on quacks after he allowed them to insert a metal cup in his anus.

The man was moved to a hospital where scans showed a 21 cm metal cup stuck inside his anus. Doctors had to operate for over an hour to remove the object and the farmer said he won’t visit a quack again.