From memes to hilarious videos, here’s a look at those who reigned supreme on social media this year. 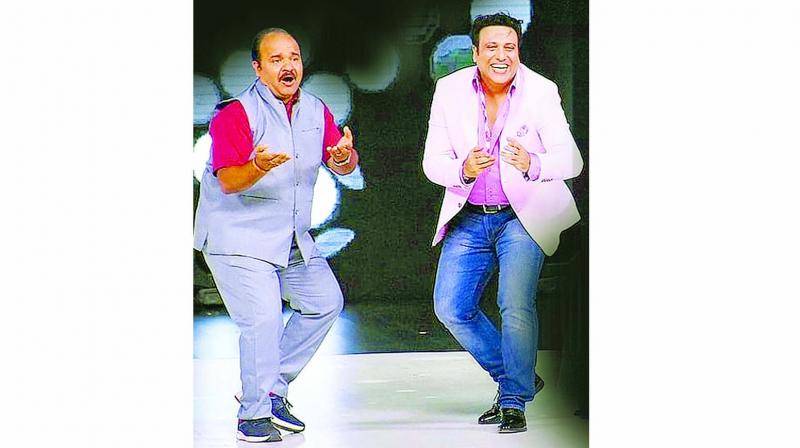 His dance steps and lethal facial expressions was shared multiple times, making him a star overnight.

Sanjeev Srivastava
Earlier this year when an electronics professor from Madhya Pradesh took centre stage at a family wedding, little did he know that the whole world would be watching him grooving to Aap Ke Aa Jane Se from the 1987 Govinda movie Khudgarz and to a remix of Chadti Jawaani. His dance steps and lethal facial expressions was shared multiple times, making him a star overnight. As soon as the video went viral, he was given the moniker #DancingUncle. From politicians to Bollywood celebrities including Dia Mirza and Divya Dutta, everyone shared his video. Srivastava’s social media fame led to numerous television reality shows and even got him a chance to share the stage with his idol Govinda. He was also made the brand ambassador of his hometown municipality. “I feel as if God or angel came into my bedroom one night and moved their magic wand over me,” he told a news website. And for the world now, he remains as the #DancingUncle. 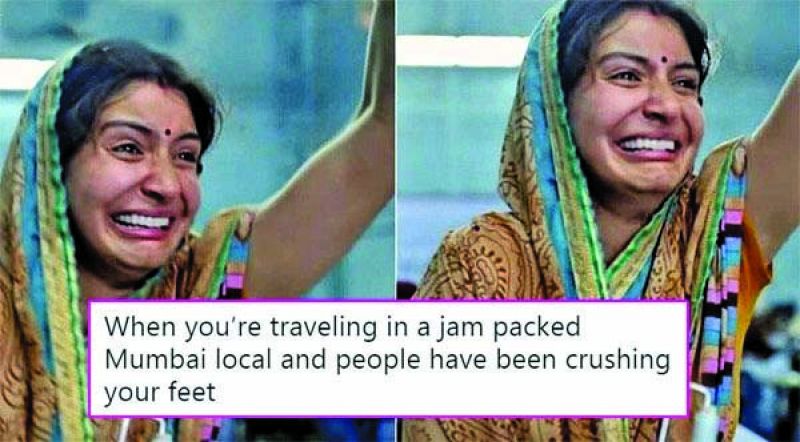 Anushka Sharma
Every time Virat Kohli has an early departure during a game, his wife Anushka Sharma has to bear the brunt. The powerhouse actress, however, has had her share of social media trolling this year when a still from her film Sui Dhaaga spawned hundreds of memes—from being morphed into a painting to being planted in random memes. A few months ago, a video of the actress berating a man for throwing garbage on the road was shared by her husband Virat Kohli. While some applauded her Swachh Bharat effort, others were quick to call it a publicity stunt. 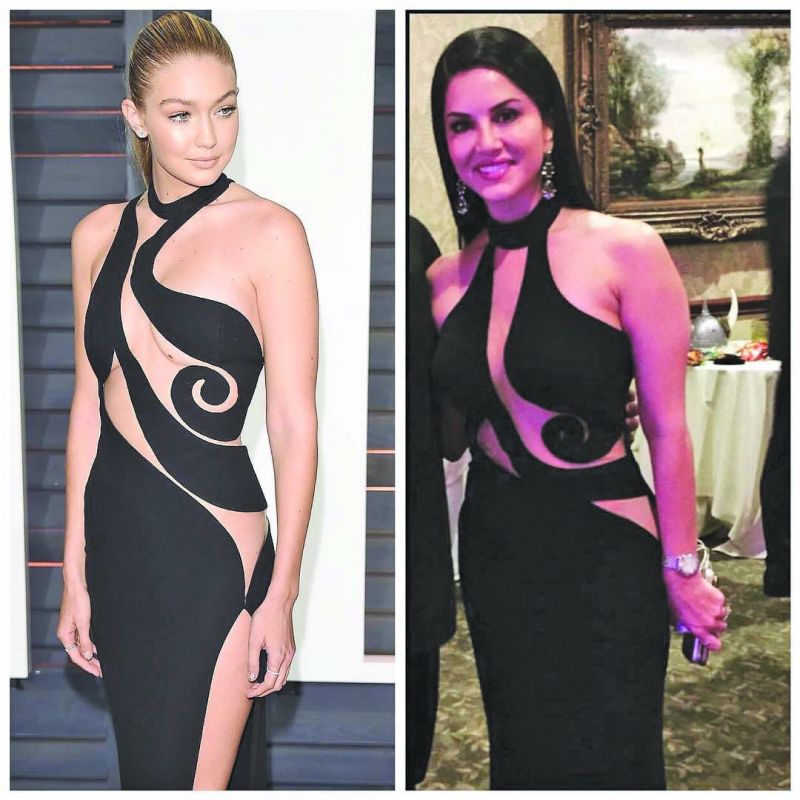 Diet Sabya
When Sunny Leone posed for pictures wearing a black bodycon dress by designer Archana Kochhar, an Instagram handle was quick to post an image of American model Gigi Hadid wearing a similar (and original) dress by Versace. It linked the two images with a cheeky caption that read, “When bad copies happen to good people.” Diet Sabya, an anonymous Instagram account, has been serving as the judge and jury and fashion police for the various copycats of the fashion world. The group already has more than 1.31 lakh fans followers including Bollywood stars such as Alia Bhatt, Sonam Kapoor Ahuja, and Karan Johar. 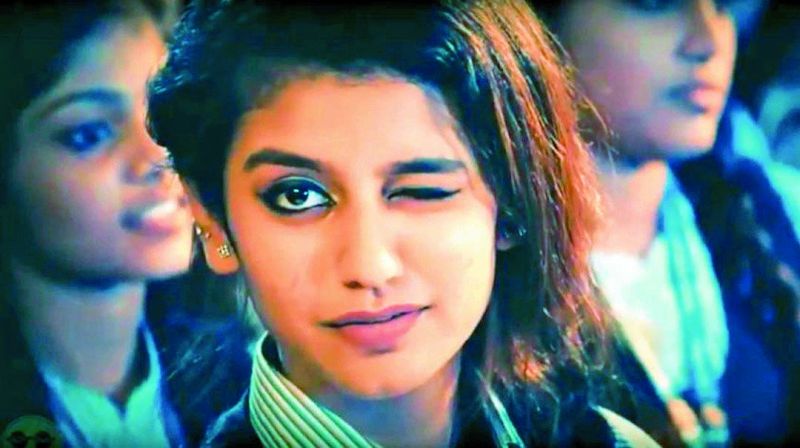 Priya Prakash Varrier
Who knew that a wink between two teenagers would instantly go viral? The song Manikya Malaraya Poovi from Malayalam film Oru Adaar Love showed actress Priya Prakash Varrier winking to her co-star became a talking point, making her an overnight sensation. Her two-second act stole hearts, not only making her Google’s most-searched celebrity in 2018, but it skyrocketed her followers on social media to over 6,00,000 in a single day. While her act got veteran Bollywood actor Rishi

Somvati Mahawar
A simple greeting to friends asking them to join her for tea made vlogger Somvati Mahawar another viral sensation after #DancingUncle. Dressed in her nightgown holding a cup full of tea, Somvati is seen casually calling out to people, ‘Hello fraands … chai pi lo garam hai’. Her catchphrase soon became the subject of memes and mashups, with even Mumbai Police using the lines to send out road safety messages. They tweet read: “Hello Fraaands! Helmet pehen lo... to have a Safe-Tea at home!”. Kapoor to tweet, ‘Mere time mein naheen ayeen aap! Kyon?’, a website called her famous wink, ‘The Wink That Stopped India’. This upcoming star from Thrissur has since then featured in various ad campaigns, modelling events, YouTube mashups, memes, on an Amul advertisement and even on messages used by the police forces. The film though is yet to see the light of day, in the world of social media she is the famous #winkgirl. 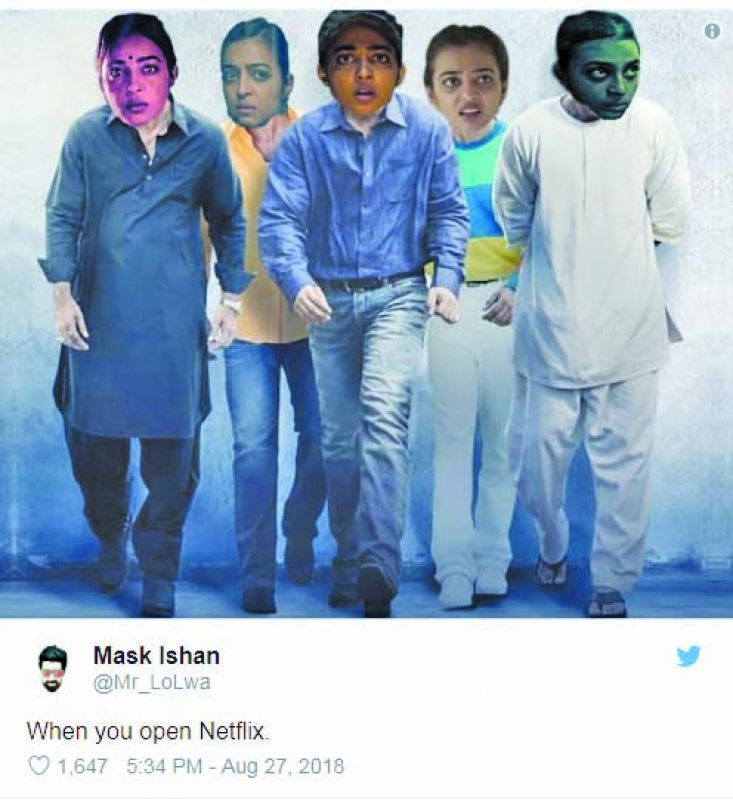 Radhika Apte
At one point this year, actress Radhika Apte was all over Netflix. As a result of her constant presence in their original shows Lust Stories, Sacred Games and Ghoul inspired a series of memes. But, Netflix beat the trolls at their own game by coming out with a two-minute spoof video featuring the actress and filmmaker Vikramaditya Motwane. The clip is seemingly a behind-the-scenes video of an upcoming show titled Omnipresent, which has Radhika playing every role. The video ends with Netflix calling itself ‘Radflix’. Netflix shared the video on Twitter with the caption, “Whatever the role, Radhika apt hai."