Researchers played recordings of songbird calls warning of a snake. Find out what happened next. 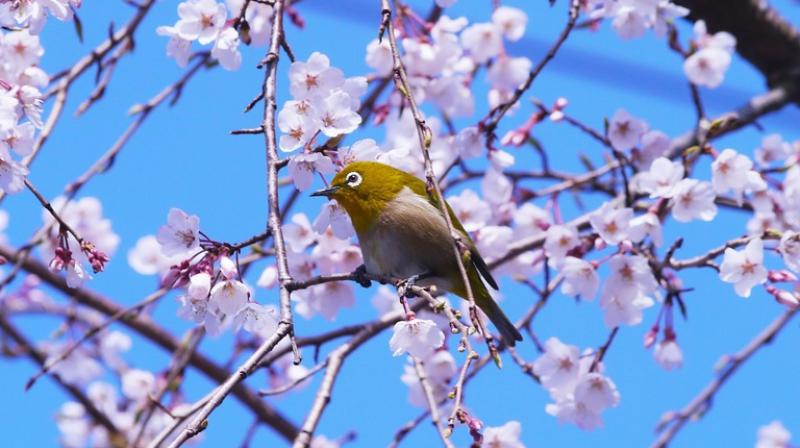 MIAMI: Japanese songbirds can make unique calls to warn of a snake nearby, causing their comrades to conjure a visual image of the predator and react accordingly, researchers said Monday.

Until now, the ability to visualize something after hearing the word or sound was thought to be a human-only trait, said the report in the Proceedings of the National Academy of Sciences, a peer-reviewed US journal. "The Japanese tit (Parus minor) produces particular alarm calls when, and only when, encountering a predatory snake," said study author Toshitaka Suzuki at the Center for Ecological Research, Kyoto University.

Researchers played recordings of songbird calls warning of a snake, while a short tree branch was moved "in a serpentine fashion -- up a tree trunk or along the ground," said the report.

When birds saw this movement and heard the call, they reacted as if seeing a snake. "With a snake's image in mind, tits can efficiently search out a snake regardless of its spatial position," said Suzuki.

But if they heard a "snake" call and the object did not move in a snake-like way, the birds were unfazed. Similarly, if they heard calls that were not an alarm call for a snake but saw the serpentine motions of an object, they were unmoved.

This, researchers say, shows that hearing the "snake" calls makes birds visualize a snake -- immediately thinking they see that specific thing. Suzuki's previous research has shown that the Japanese tit can alter its response to snake-specific alarm calls depending on circumstances.

For instance, if one tit hears another make a "snake" call while in the nest, it swiftly flees. But if it is outside the nest and hears the call, it looks at the ground, as if searching for a snake.

"These birds do not respond to the calls in a uniform way, but appear to retrieve a snake image and then decide how to deal with the predator according to the circumstance," Suzuki said. In the current study, when the birds heard the "snake" call and saw the serpentine motion, they approached the object closely, as they do in the wild.

But they did not hover and spread their wings and tail as if to warn the snake not to attack. "They may have realized that the stick was not a real snake once they got close enough," Suzuki said. It's possible that other animals get mental images in response to certain alarm calls, Suzuki added.  Monkeys and meerkats are among the creatures known to make specific calls for certain types of food or predators.