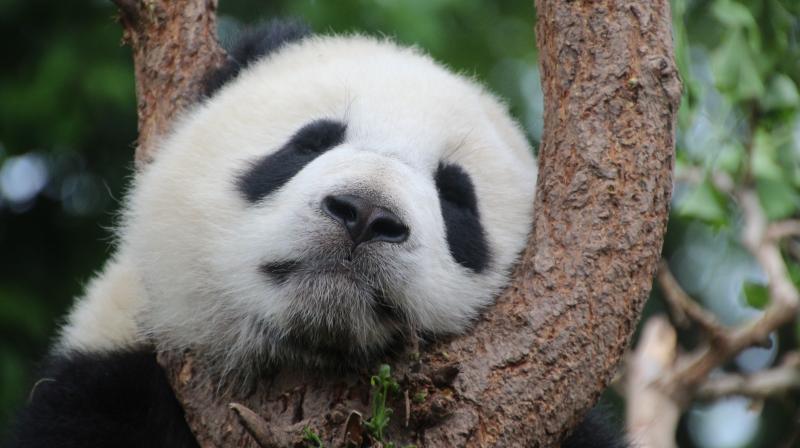 Giant pandas were threatened with extinction when they were originally loaned to the San Diego Zoo by the Chinese government in 1996. (Photo: Representational/Pixabay)

Los Angeles: The last two giant pandas living at the San Diego Zoo in California will be sent to the People’s Republic of China this spring, ending a more than two-decade conservation program that helped bring the black-and-white bears back from the brink of extinction.

The two remaining pandas, Bai Yun and her 6-year-old cub Xiao Liwu, will be sent to China in the coming days after three weeks of goodbyes that culminated over the weekend, the last chance for Californians to see them.

“We knew when we started the program that they were not our bears and that they wouldn’t be staying so that was always in our minds,” the pandas’ keeper, Dallas Dumont, told Reuters.

Giant pandas were threatened with extinction when they were originally loaned to the San Diego Zoo by the Chinese government in 1996, in what was initially intended to be a 10-year program to help re-establish the species. The initial loan was extended to last some 23 years.

In 2016, the status of giant pandas was changed from endangered to vulnerable by the International Union for Conservation of Nature, reflecting their comeback. As of 2019, there were 2,000 wild pandas in China, their native habitat, according to the zoo.

“China believes in having their animals retire back in their country, or be repatriated, so Bai Yun and Xiao Liwu are now going back home to China,” Dumont said.

Bai Yun was born in 1991 at the Wolong Giant Panda Research Centre in China and was among the original cohort of bears loaned to the zoo in 1996. She has since given birth to six cubs and is considered the “matriarch” of the San Diego panda family.

One of her cubs, Xiao Liwu, is considered essentially a teenager in bear years and zookeepers hope he will breed with a female bear in China. His father, Gao Gao, returned to China in October 2018.

In the United States, giant pandas are also kept at the National Zoo in Washington, DC, and at zoos in Memphis and Atlanta.

San Diego Zoo officials said they were working with their counterparts in China to bring pandas back to California.