An exhibition of 80 remarkable artworks was on display as a tribute to Baba Nanak for having founded the Sikh community. 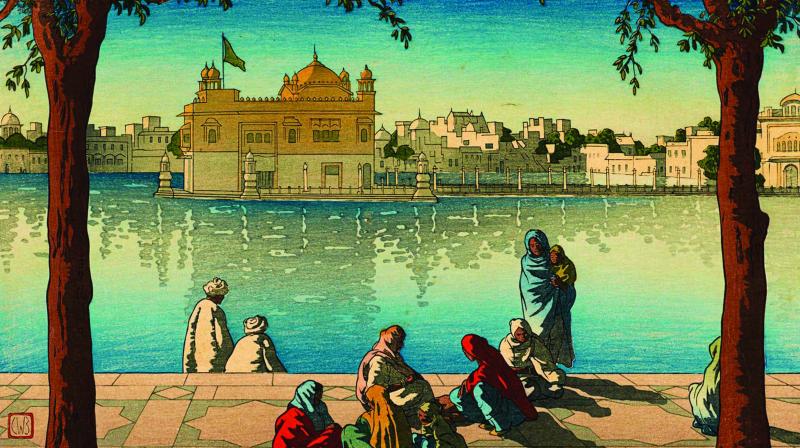 The Hubris foundation unveiled a collection of exquisite paintings titled “Sikhs: an occidental romance” by eminent artists from all over the world. This rare exhibition depicts the Sikh community in all its glory and grandeur encompasses 80 museum archival replicas of paintings by western artists from the 19th and 20th century. The Exhibition showcased beautiful artworks from artists such as Alfred De Dreux, Emily Eden, Rudolf  Swoboda, Edwin Lord Weeks, Prince Alexis Soltykoff, August Schoefft, William Carpenter and others. This wide Compilation of artworks was showcased for the first time in India. 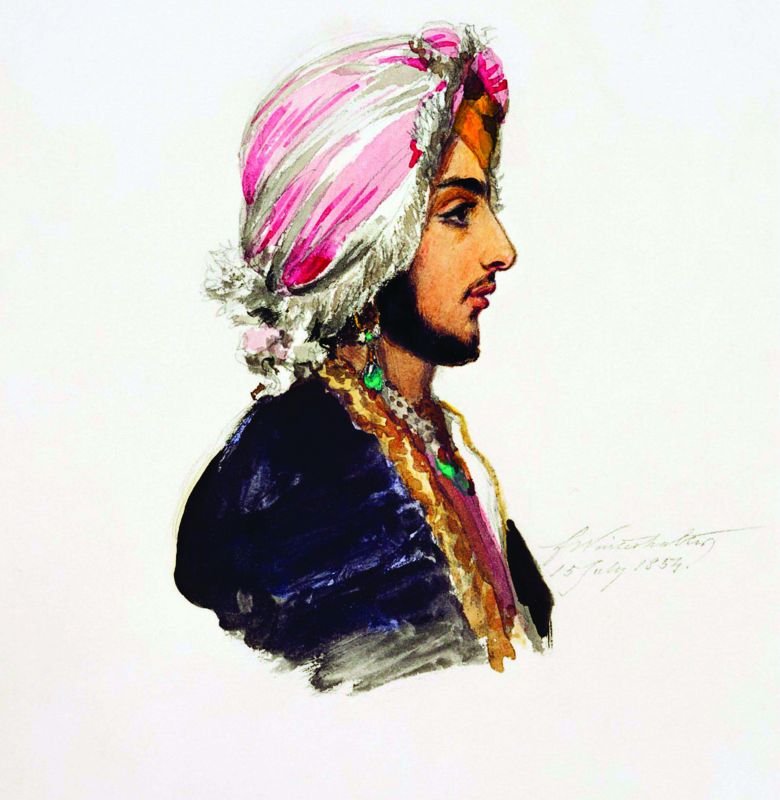 The Hubris Foundation has been collecting works of art from Europe and the USA for over 20 years. Elaborating on the exhibition, Gautam Srivastava, Founder, The Hubris Foundation, said, “In my 20 years fascination with occidental artists who painted India and its people, I have often wondered why the Sikhs receive near-universal admiration from these magnificent wielders of the paint brush. I believe it comes from, that most beautiful of all intoxicants, Romance. I’m delighted that The Hubris Foundation has been able to compile an exhaustive collection of Sikh paintings by western artists under one roof, for the first time in India”

The Sikh an occidental romance showcased the most comprehensive collection of western Sikh painting. The 80 remarkable artworks include the portrait of battle-hardened Ranjit Singh in reverential tranquility by Emily Eden, Edwin Lord Weeks' iconic painting of the Golden Temple and Rudolf Swoboda ‘s portrait of a Sikh under commission by Queen Victoria. View the works by August Schoefft Sher Singh’s court painter who painted a credulous Akali ensnared by the thugs of central India, The Russian prince Alexis Soltykoff ‘s “Ladies of Pleasure”, a rendition of the grandeur Of Lahore during the Sikh Empire and Charles Harding son of Viscount Harding, the Governor General of India, who painted the infamous Gulab Singh of Kashmir  – Accused of betraying the Sikh Empire. 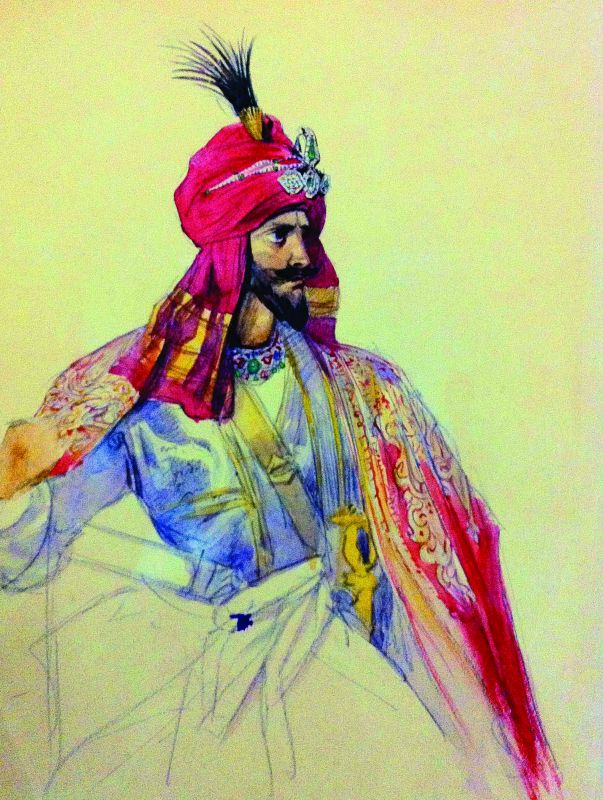 A portrait of a Sikh Noble by Prince Soltykoff

Alfred De Dreux who was commissioned by an Italian General painted maharaja Ranjit Singh's portrait which was presented to the king of France and Franz Winter Halter’s portrait of The Charming Prince Duleep Singh – Painted under Queen Victoria’s Commission are some of the exquisite paintings that will be showcased. The exhibition also displayed incredible works of art that depict The Anglo Sikh Wars, Viscount Hardinge, the charming cities of Amritsar and Lahore, the Jallianwala Bagh massacre and The Princess Bamba Collection.

The exhibition was a tribute to Baba Nanak for having founded the Sikh Community.