PUBG is trending yet again as a TikTok video is going viral on social media and it is leaving people in splits. 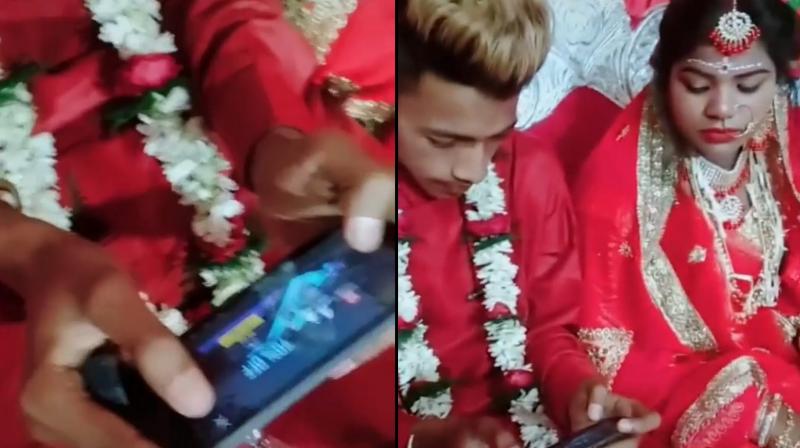 The bride looked confused as her PUBG fanatic hubby remained busy with his active game rather than seeing her bridal beauty. (Photo: Facebook/8K walpapers)

Historically, the bride looked confused as her PUBG fanatic hubby remained busy with his active game rather than seeing her bridal beauty.

In the viral video, it can be clearly seen how addictive the game has become. Instead of welcoming the guest at the wedding reception, the groom was busy wandering in the digital world killing strangers online.

Notably, there is a moment in the video, when a family member tries blessing the couple with a Gift. But instead of accepting the gift and thanking the relative, the groom pushes the gift away as it was blocking his mobile screen.

For the bride, her wedding is supposed to be the most special day, but if you look closely you will notice that the bride looked stunned. She seemed to be upset because of his PUBG obsession.

Playing PUBG has become a favourite pastime for today’s youth. Pun intended- even the vegetarian players are trying their best to win chicken dinner for their PUBG avatar. Earlier this year, there were rumours claimed that the government was going to ban PUBG.

On the other hand, TikTok was removed from Google Play Store and App Store due to instructions given by the Madras High Court. After the ban was uplifted, both applications started getting more downloads instead of losing it.