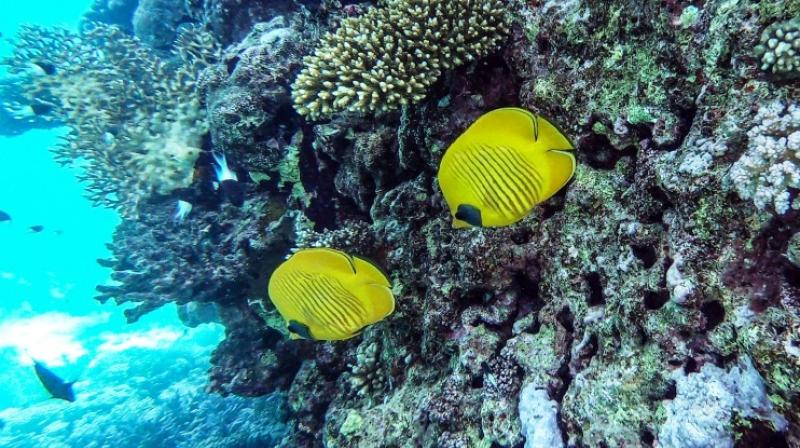 The United Nations Environment Programme (UNEP) says coral reefs are among "the most beautiful, biologically diverse and delicate ecosystems in the world. (Photo: AFP)

The Red Sea is a top scuba diving destination, but Egypt's tourism sector was buffeted by a wave of security shocks through much of this decade, before a partial recovery since 2017.

A diving instructor in the town of Hurghada, a top resort, warned that the rebound brought dangers for the corals. Before the decline in visitors "there was way too much activity because it was so cheap" he said, asking to remain anonymous.

"In some areas, they've disappeared although in others we see they're coming back". The United Nations Environment Programme (UNEP) says coral reefs are among "the most beautiful, biologically diverse and delicate ecosystems in the world".

It describes these resources as vital to maintaining food supply and protecting the shorelines of low-lying island nations. Along the seafront in the town of Hurghada, bazaars and resorts offer unbeatable prices to attract budget-conscious European visitors to a country whose vital tourism sector was battered by a 2011 uprising and multiple jihadist attacks.

Following the 2011 overthrow of long time dictator Hosni Mubarak, tourist arrivals in Egypt plunged. The sector took a further beating in 2015, when jihadists blew up a Russian plane that took off from another major Red Sea resort, Sharm al-Sheikh, killing 224 people.

But the contribution of Egypt's tourism sector to GDP rose 16.5 percent last year to $29.6 billion (26.5 billion euros), the highest level since 2010, according to the World Travel and Tourism Council.