Britain may get first saint in 400 years

Ex-public schoolboy who fought in WW2 and cared for lepers in Zimbabwe before being executed could finally be recognised. 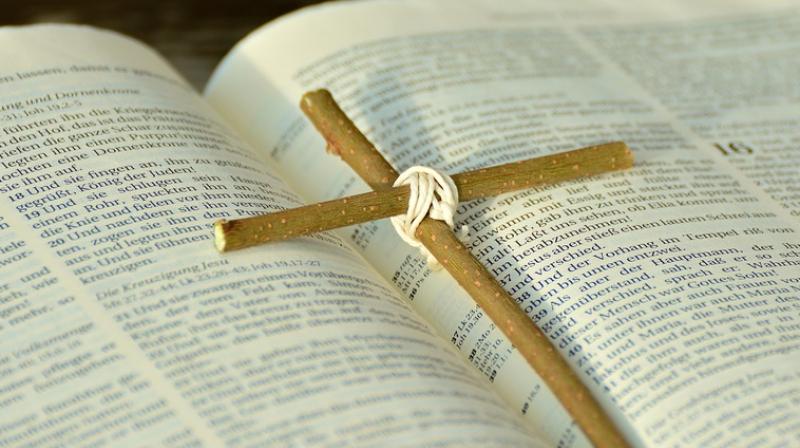 John Bradburne who had always lived his life for others was finally killed when he was caught up in the Rhodesian Bush War. (Photo: Pixabay)

In the September of 1979, an English-born missionary, poet and the warden of the Mutemwa leper colony in Zimbawe was forced to march, humiliated, made to dance and sing, eat excrement and finally, after a rigged trial shot in the back with a Kalashnikov rifle when he knelt down to pray. The 58-year-old John Bradburne was left half-naked on the side of the road.

John Bradburne who had always lived his life for others was finally killed when he was caught up in the Rhodesian Bush War.

As per his request, Bradburne was buried in a Franciscan habit, in a cemetery 11 miles outside Harare.

Now, nearly 40 years after his brutal murder, Bradburne is on the verge of becoming a saint — the first British saint since 1970, when Pope Paul VI canonised Cuthbert Mayne and 39 British companions ('The 40 Martyrs of England and Wales'), who were executed for treason between 1535 and 1679, and the Scottish Catholic martyr John Ogilvie, canonised in 1976.

According to campaigners for his sainthood, that includes his niece Celia Brigstocke, he was able to perform miracles. Many claim that, a decade ago, a man was cured of a brain tumour by praying to Bradburne.

Now, with the support of the Archbishop of Harare, the Most Rev Robert Ndlovu, they have raised the money to fund a Vatican investigation to justify his canonisation.

Born in 1921, he was the son of an Anglican rector who after private school fought in World War II with the 9th Gurkha Rifles, heroically escaping Singapore when it was invaded by the Japanese in 1942.

After the war, in 1947, he converted to Catholicism, with aspirations of becoming a monk. However, since no monastery as ready to accept him immediately, he opted to travel instead and wandered the world for 16 years, trying his hand at teaching and forestry, and toiling as a stoker on a steam ship. In 1956, he joined the Franciscan Order as a layman.

According to records, Bradburne had asked a Gurkha comrade John Dove if he knew of any African caves where he might pray. Dove took him to the Mutemwa leper colony at Mutoko, 90 miles east of Salisbury.

Bradburne embraced them and made his home among them, eventually becoming the warden of the colony.

There he lived for six years, denying himself everything except food, water and prayer.

However, just as Bradburne was finally settling down, the Rhodesian Bush War took it away. The war raged from 1964 until December 1979 — ending just three months after his murder.

Before he died, Bradburne said that he had only three wishes — to help lepers, to die a martyr and to be buried in a habit of the Franciscan Order. He achieved all three.