Life   More Features  30 May 2018  Lighting up the lives of theatre directors and dancers
Life, More Features

Lighting up the lives of theatre directors and dancers 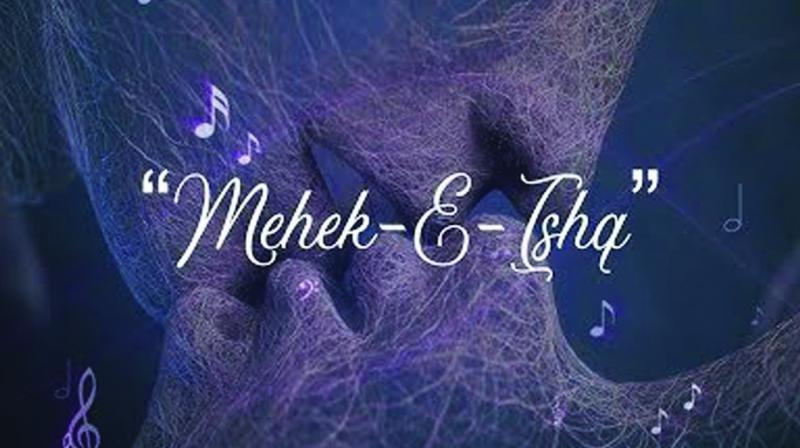 I was surprised and delighted as I had accompanied the USIS representative in the middle of the night to meet the dance company on their arrival in India.

R.K. Dhingra, a stalwart in professionalising stage lighting through experimentation with instruments and design, shares his concept of light design and direction during a multi-media dance and theatre presentation — Mehek-e-Ishq

Virtually every dancer and actor, every choreographer and director in Delhi and possibly India, who gets effective stage lighting for a performance owes adept of gratitude to R.K.Dhingra. Nearly 50 years ago he and his friend Chaman Lal were in the forefront of professionalising stage lighting through experimentation with instruments and design starting from hand-burning tin can lights to the best the world has to offer in intelligent lighting today.

Together they established Modern Electricals, now Modern Stage Service, which designed the stage lighting for dozens of auditoriums around the country and thousands of theatre, opera and dance, productions by everyone you have ever heard of! R.K. Dhingra continued with Chaman Lal’s sons after he passed away and established the Chaman Lal Memorial Awards to honor the unacknowledged backstage artists whose are essential to any production’s success.

Along with the CLM Award ceremony, R.K. Dhingra offers an annual creative labor of love in the form of a dance/theatre production which he conceives and directs to feature lighting design. Since he never goes onstage except at the CLM Awards event and then disappears as the first out of Kamani gate as the curtain falls, I decided to catch up with him later to know more about this year’s production Mehek-E-Tshq (The Fragrance of Romantic Love) and a bit about the past, present and future of the profession of stage lighting in India.

What a delightful surprise to discover that he had received a significant boost when he toured around India with the Dan Wagoner Dance Company in 1973. He not only got invaluable practical training assisting their light designer but also convinced them to leave their equipment with him on departure. I was surprised and delighted as I had accompanied the USIS representative in the middle of the night to meet the dance company on their arrival in India. I was so hungry to connect with other dancers during that first year in India as a sole student of my guru.

Alyque Padamsee’s production of The Lark, a play about Joan of Arc by the French playwright Jean Anouilh, stands out in R.K. Dhingra’s memory for every aspect from direction, acting to costuming. Calling Padamsee “a man of quality” he was happy to share that Padamsee had been given a Chaman Lal Award for Overall Contribution to Theatre, as had Ibrahim Alkazi and most recently, Joy Michael.

Out of the over 1,000 productions he has lit, his own eyes light up when he spoke of the vast panorama setting at Feroz Shah Kotla of Bhanu Bharti’s productions of Tuglak and Andha Yug (first done by Alkazi there years earlier). Today, he is understandably choosy in accepting lighting design requests based on both creative scope and adequate time for technical rehearsals.

Given that lighting is a major part of any staged production, dancers and theatre artists must understand lighting and include lighting costs in their budgets. Most stages that are meant for solo dancer have sufficient lighting instruments but most stages in Delhi, from IIC meant for solo performance to the medium Habitat Centre and large Kamani Auditorium with its 100 lighting instruments have sufficient lighting instruments (unless special effects are required) but one still needs an expert operator. Besides giving organisers the fees for self and musicians, he wishes dancers would also include Rs 10-15, 000 in the budget for lighting (more if extra equipment is needed).

A huge production needs an actual lighting designer, of which he says there are around 15-20 in India. The light board operator is an electrician who operates and synchronizes the lighting dimmer consoles and, in India, is called a lighting designer much the way the term Guru is accepted in sage for all teachers. These designer/operators should watch rehearsal, note cues, spaces, timings, decide on any extra lights needed to be ordered and do the focusing ideally before a technical rehearsal on stage.

I have been asked occasionally about the viability of careers in backstage theatre support, such as lighting and Dhingra-sahib, who has trained designer/operators for theaters in Delhi and outside, was unequivocal that one can’t make a career in lighting alone. As those involved know, theatre can provide an opportunity to act on stage but not to earn a living; all have teaching positions or other jobs. In response to the need for performers to understand the basics, Dhingra offers two day training in theory and practical aspects of lighting for groups of 40 students from the National School of Drama, Event companies and others.

I was sorry to learn that so far no government or private dance institutions have taken advantage of this opportunity. Meeting in the Modern Stage Service theater practice space they cover lighting history, demonstrate the effects of side, top, front lights, clarify basic stage terminology such as what the side wings and frills are and hopefully create an awareness so that performing
artists can “find the light” instead of moving in dark areas, remember to turn off the working lights offstage that spill onto the stage and more.

With this year’s 23rd Chaman Lal Memorial Awardees — Shri Ranjit Kapoor, Overall Contribution in Theatre World, Shri Purushotham Talavata for Excellence in the field of Make-up and Shri Avtar Sahni for Excellence in Stage Lighting Design, a total of 72 theatre artists have been honoured with a recognition and a financial purse. Shir Saurabh Shukla, renowned actor, director and screenwriter presented the awards.

Following the award ceremony, R.K. Dhingra presented his concept, light design and direction of Mehek-E-Tshq (The Fragrance of Romantic Love). I felt this was among the best, and perhaps the best, production he has done integrating the full potential of the latest in intelligent and traditional lighting with an engaging production. He begins a production three months in advance, first selecting the music, then planning the light design along with theme. Next is a script with minute to minute timing of the stage blocking, i.e. exactly where the actor/dancer or dancers should move to on the stage.

With the detailed theme and script with timed locations, the choreographer Bharti Dang has full creative freedom to creatively fill in his movement concepts. With 15 days of rehearsals at Natya Ballet Center, 3 days in the auditorium — one to set lights, second for tech rehearsal on stage and third complete with costumes on stage, Mehek-E-Tshq is ready for the audience.

Radha — visualised as the embodiment of pure love, first danced against the image of a temple with moving, ringing bells projected on the cyclorama and gobo patterns of green hues of lotus leaves on the floor. This transformed into swirling clouds in sky evoking Shyam until Krishna’s flute appears and hovers in the sky, dances with Radha who reaches for the flute as it transforms into the Flute Player himself. She collects strewn peacock feathers to meditate upon till the other gopis take her out of her reverie as they all join in dancing with their peacock feather in front of a projected falling leaves and finally a temple.

All of the projections, moving head, gobo, and LED lights are intelligent lights. I recall running up ladders to put a metal screen gobo (light filtered through patterns is a gobo) in front of Fresnel lighting instruments and adjusting the shutters (barn doors) to focus on the stage area needed.  Today, the gobo is computer created and programmed.  Likewise, the colored gel papers that we manually inserted in front of each light have been replaced with LED lights that can mix 20 colors to get any hue the designer desires. The catch is that knowing the right hues for skin tone and costumes requires an expertise that is beyond most electrician/operators, so we too often sadly get garish extremes of blue, red or white if we haven’t budgeted for a designer/operator.

The moving head lights are exactly as they sound, round pivoting lights that can be spun crazily like disco lights or sensibly come together and alternately spread apart Johla-wala  to create pools or dots of light. One thing they can’t do, like an old fashioned spotlight, is follow a performer insensitive to the necessity of moving to the choreographed area to actually be in the light!

In Yaadein — sweet reminiscence, five small subdued spots of yellow light across the stage and a lightly patterned grow to more lines of sunlight spots to frame the Jholawala poet’s memory of the sprightly young beloved. Ishq Ka Rutba – nostalgic love elevated to an altar, Kuch Na Kaho, Pyar Ek Tarfa Nahi Hota, Heer, and Lamhe – fleeting memories, powerfully transport us from a present of clocks and offices to mindscapes of magic and mysticism of our inner worlds.

Choreographer/dancer/costume designer Bharti Dang and his dancers and actors did a superb job; I wish Gulzar could have attended to see the enactment of his poetry. In keeping with the Chaman Lal Memorial recognition of backstage artists, I wish to acknowledge the production team Wadhwa, Sahil, Parteek, Katik and Sahej. Light programming by Dinesh Verma, Master Excecution (Lighting) Sharad Kulshrestra, Sound Director Navneet Wadhwa, Environment by One Up Productions and Naresh Kapuria with makeup by Naresh Khare.

The writer is a respected exponent of Odissi, Manipuri and Mayurbhanj and Seraikella Chau whose four-decade career in India was preceded by 17 years of modern dance and ballet in the US and an MA in dance from the University of Michigan. She can be contacted at sharonlowen.workshop@gmail.com.