A new restaurant in the city is breaking barriers by hiring speech and hearing impaired servers. 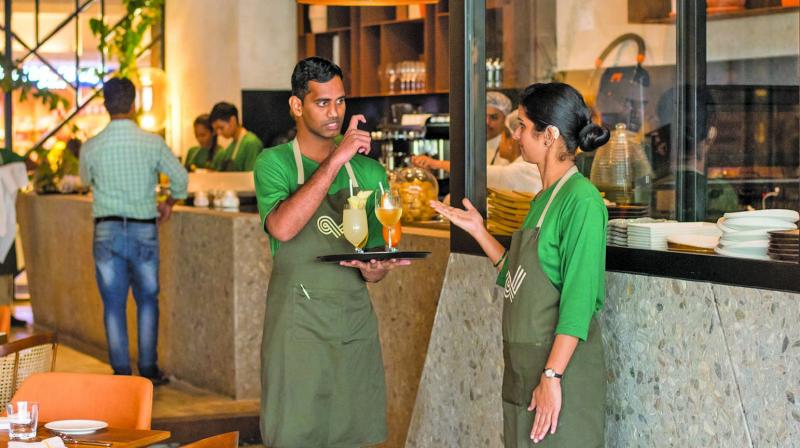 When you take a seat in the newly opened Ishaara in Lower Parel, you’ll be greeted by some beautiful tropical tree illustrations, warm and cosy atmosphere and a server saying ‘hello’ in sign language to welcome you. Run by speech and hearing impaired staff, Ishaara is just like any restaurant, but in order to communicate with your server, you’ll have to use gestures instead of words. Inspired by a restaurant in Canada, which employed the same concept, co-founders Prashant Issar and Anuj Shah decided to try the same in Mumbai and are now on their third restaurant.

Prashant believes that because of their disability, the speech and hearing-impaired people are perfect for the job, he says, “We’ve realised over time that these boys and girls have the attributes for hospitality, attributes like they smile more, have more focus, are intuitive and friendly. So these are attributes that will make anyone hospitable so it’s a no-brainer to give them the rightful place in an industry where we all aspire to be warm and friendly and welcoming to our customers.”

One look at the menu and you’ll understand how to place your order with a server who doesn’t communicate in the same language as you. “The menu is quite simple, every section of the menu has the hand sign and every dish has a corresponding number sign. So you just have to sign the top section with the corresponding number of the dish and the server will take your order.” For example, if you want to order some sides, the sign would be like an arrow with the right index finger on the tip of the left index finger and for Tawas and stir fry section you simply need to interlock your fingers. These gestures are not actual signs but simplified codes to make it easier for the customers as well as the servers. “The sign language doesn’t have specific signs for ‘starters’, ‘main course’, ‘entrees’. So what we have done is, for instance, the Tandoor section has the sign for the letter T, while for the salads and soup section, we used the sign for the letter S. For desserts, they have a proper gesture in sign language, so we’ve put that sign there,” says Prashant. 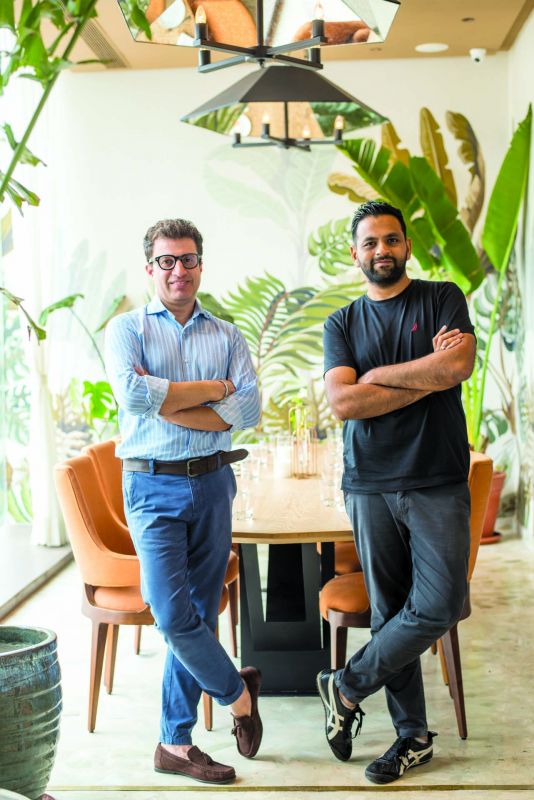 Prashant and Anuj, who have been trained in sign language, decided to learn it in order to make their employees feel comfortable. Prashant says, “When we started meeting these boys and girls, we realised they all wanted to work, but their parents were hesitant. Every parent is quite possessive about his or her child and if their child has limitations, they become all the more possessive, as they don’t want their children to be exploited. So to convince them we first learned the sign language, to be able to communicate with the potential employee, and through them, convince the parents.” The founders were introduced to the speech and hearing impaired servers through Cheshire Homes and Youth4jobs,  two organisations who are working towards employing to disabled.

With expertise in Indian cuisine, the menu revolves around desi dishes, elevated to match the palate of Mumbaikars. “The cuisine we are focusing on is Indian, from different parts of the country and the idea is to keep it simple, unpretentious and regional.”

The three-week-old restaurant is already gaining popularity among the locals. Recalling a heart-warming story, Prashant says, “There was a group where a couple of customers knew sign language completely and they were able to communicate with the servers themselves.”