Researchers noted that loneliness declined more quickly among girls who had a closer relationship with their fathers. 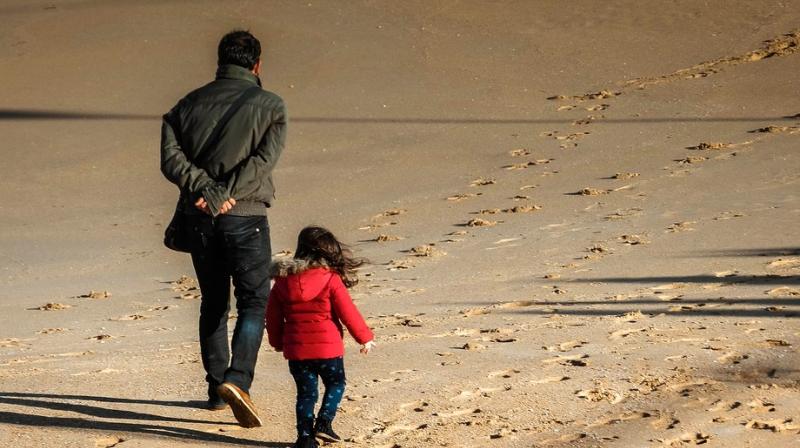 Washington: There is nothing a close father-daughter relationship can't solve, even loneliness.

According to a study, fathers play a key role in helping their young daughters overcome loneliness. Researchers noted that loneliness declined more quickly among girls who had a closer relationship with their fathers.

As part of the project, researchers studied 695 families who participated in the Study of Early Child Care and Youth Development, initiated and funded by the National Institute on Child Health and Development.

Mothers and fathers rated their relationships (both closeness and conflict) with their child when he/she was in grades 1, 3, 4 and 5, while in grades 1, 3 and 5, the children rated their levels of loneliness. Results showed that levels of closeness tended to decline over this time period, while conflict increased.

"That's not surprising, said Julia Yan, lead author of the study. "This is a time when children are becoming more independent, developing relationships with friends and spending more time outside the home. So they become less close with their parents and have more conflict as their need for autonomy increases."

Relationship closeness did not have an effect on loneliness in boys. The study can't show why, but Yan said it may be because parents don't stress on the need for boys to have particularly close relationships and put less emphasis on them maintaining close ties.

The researchers also noted that fathers have relationships with their children, particularly their daughters, starkly different from relationships mothers have.

"In our society, mothers tend to be responsible for the everyday care and stability for their children," Feng said. "Fathers have more freedom to interact with their children in different ways, to challenge them and have a wider range of emotional contact. That may be one reason why fathers had more impact on their daughters."

The results affirm that fathers should nurture their relationships with their children, particularly their daughters, the researchers said.

The full findings are present in the Journal of Family Psychology.