Of creativity, coincidences and cricket

The Zoya Factor was written before Team India lifted the World Cup in the year 2011. 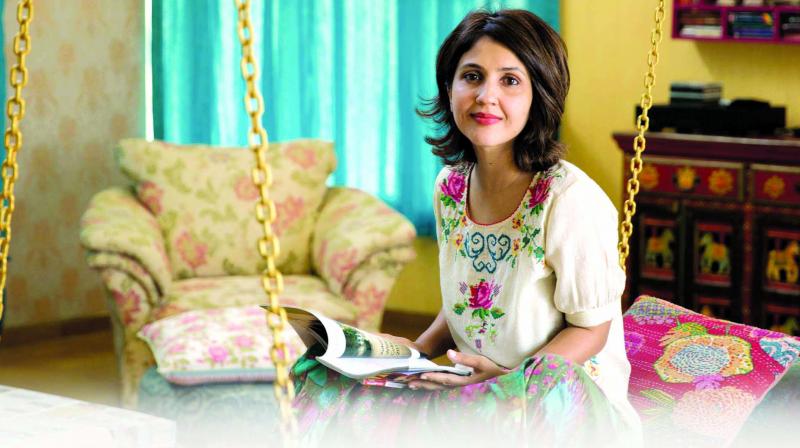 From advertising agency creative dynamo to best-selling author and columnist living in Bengaluru with her pets, Anuja Chauhan’s life reads like a happily ever after story. And now that The Zoya Factor is on the verge of release as a film, the writer offers us a glimpse into her mind space.

Author Anuja Chauhan is on cloud nine — and rightly so. Her conscious choice to leave an ad agency job in pursuit of something that gave her complete ownership has paid dividends a thousand times over. Understandably enthused about the film adaptation of The Zoya Factor, which releases next month, Anuja says, “It’s an exciting time! The wait for Zoya the movie has been a really long one, but thankfully the premise is still as relevant as it was back when I was writing the book. Even more so, in fact, because we seem to have become more regressive as a nation, falling into the thrall of godmen and religious mumbo-jumbo.”

Pretty much like most success stories, Anuja’s life choices too were the result of letting go of something she cherished because she knew life had more to offer. “Advertising isn’t a 9-to-5 job. It’s more of a 24/7 job, pretty high stress and without too much creative control. I loved it while I did it, but had to give it up eventually because the hours and the creative compromises required became too much to swallow,” she confides.

Anuja, however, is grateful for the day job, and looks at it as a stepping stone to date. She admits, “Advertising taught me how to let go of ego, accept valid criticism and bounce back from repeated rejections. My very first boss told me that the three rupees of advertising were 1) Rapidity 2) Resilience and 3) Repertoire. Those are valid for novel writing too. It was very reassuring to know a big fat organisation like JWT always had my back though. The steady pay check, the clout, people to book plane tickets and file your ITR, not to mention all the gossiping we indulged in, leaning on our cubicle dividers. I’m so glad I spent my youth in an ad agency. But I’m equally glad to be bouncing round like a loose cannon in my middle age, with full creative control over my output!”

The Zoya Factor was written before Team India lifted the World Cup in the year 2011. Anuja didn’t see the success coming. “I wrote this book without any expectations whatsoever. It was just a form of escapism as work pressure was really intense those days and there was a lot of office politics going on too... Diving into the laptop was how I dealt with those dark times,” she explains.

Indian cricket was at an all-time low too, when she was writing it. “India didn’t even make it to the Super-eights in 2007. The team came back utterly humiliated. I really didn’t think we would bounce back so quickly. But, of course, I was thrilled when, three years after the book was published, fact followed fiction, and a fresh new team under a fresh new captain lifted the cup for India exactly like in the book! I remember Dhoni got a lovely girl dog too, that year, and even named her Zoya!” she is amazed by the coincidence even today. It looks like the Universe has certainly been listening. Or reading?

Her own universe has shifted to Bengaluru for the last five years or so. “It took me a while, but now I think I’m true-blue-ishly Bengalorean,” she laughs, citing Ibrahim Street, Safina Plaza, Sunday Soul Santes, Bangalore Club, Catholic Club, Blossoms Book store, Mosque Road, Yelahanka and Sahakarnagar as her favourite go-to places for everything. “The best part is definitely my garden, my pets and the view of Nandi Hills from the windows,” the author smiles contentedly as she muses on how she’s begun to get the vibe of Bengaluru and is at peace with her choice to move into namma ooru.

“I’ve become such a weather snob since I moved to Bengaluru! I now regard both Delhi and Mumbai with a sort of patronising pity. They get so childishly excited when they have good mausam for even a day… it’s so cute of them. Here in Bengaluru, the weather is glorious 10 months out of 12!” she exclaims.