Hunt the malaria bug - a new game for sniffer dogs

The extreme sensitivity of dogs in detecting odours is being recognised in efforts to combat other diseases too. 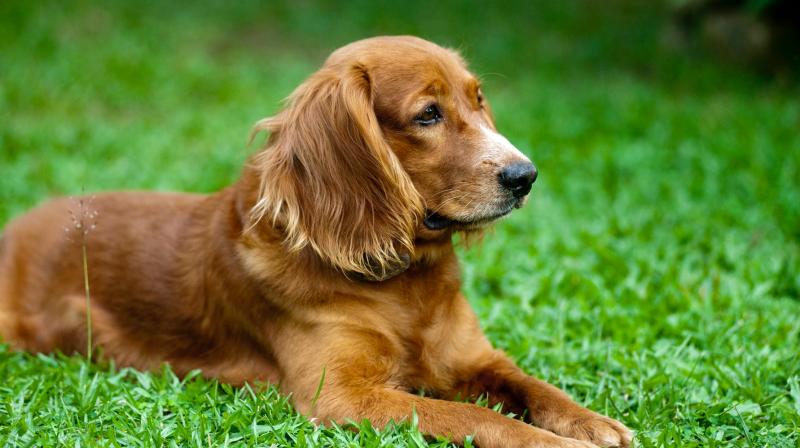 LONDON - In a lab room, two-year-old springer spaniel Freya bustles along a row of vials positioned on stands, sniffing each for signs of disease.

The vials all contain pieces cut from socks, one of which belonged to a child carrying the malaria parasite. When Freya detects the scent it gives off, she sits down next to it to receive a reward.

“Dogs are able to detect a difference in the socks that have been worn by children who are infected with the parasite and children who are malaria-free,” Claire Guest, co-founder of Medical Detection Dogs, told Reuters.

The charity, founded in 2008, hopes the early-stage trials it is conducting will enable canines to join efforts to stamp out one of the world’s most deadly diseases.

“Some odors are ‘yes’ and some are ‘no’. And once you’ve taught (the dogs)... those rules you then start with the disease you want them to find. And the game is: find that odor, sit in front of it and I’ll give you a reward,” Guest said.

While malaria mortality rates are down, the World Health Organisation says progress against the disease - most of whose victims are sub-Saharan children under five - is in danger of stalling.

Researchers believe the odor given off by the malaria parasite is attracting the mosquitoes that spread the disease.

It’s this same odor the dogs are likely to be smelling, said Professor Steve Lindsay, Principle Investigator of the study from Durham University.

It’s still early days for the research, and the teams plan much larger trials to see if dogs can directly sniff out malaria in people. They believe such dogs, positioned at ports of entry, could eventually offer a quick and non-invasive way of preventing the parasite from crossing borders.

The extreme sensitivity of dogs in detecting odours is being recognised in efforts to combat other diseases too, and health authorities in Britain have approved trials to train them to sniff out prostate and bowel cancer in urine.