World War I, a revolution for women

Women's contribution is also widely held to have helped secure them the vote, as early as November 1918 in both Britain and Germany 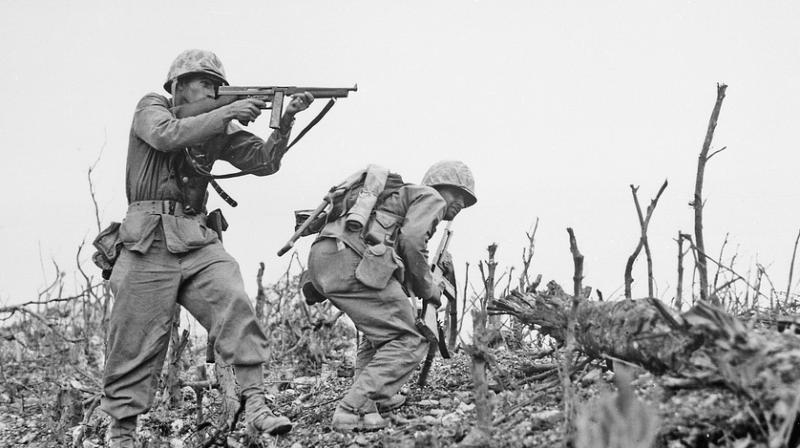 PARIS: Driving trams, ploughing fields and manning production lines: World War I radically changed women's role in society, as they stepped into the boots of men gone to fight for their countries.

In cities across Europe, women took on traditionally "male" jobs -- waiting on tables, delivering the mail, teaching in boys' schools or handling cash as bank clerks. "Women rapidly became indispensable, not only in the nursing and welfare services but in offices and factories and agriculture, changing the whole balance of society in the process," says historian Michael Howard.

As soon as war broke out in 1914, France's prime minister Rene Viviani called on women to "replace in the workplace those who are on the battlefield".

In Germany 44 percent of Bavarian farms were being run by women by 1916, according to the historian Benjamin Ziemann, with some even forced to pull carts in place of horses requisitioned for battle.

From 1915 onwards, Europe's industry -- devoted to the war effort -- relied massively on the female workforce, as did that of the United States from 1917.

In Britain women's share of the workforce had risen by 50 percent by the end of 1917, with one million employed in war factories in 1918. Many were married and from the middle classes, few of whom worked outside the home until then.

Most, but not all, roles were again reversed after the end of the conflict in 1918 as returning men looked to regain their jobs.

Women's contribution is also widely held to have helped secure them the vote, as early as November 1918 in both Britain and Germany, and in 1920 in the United States.

Up until the outbreak of war, feminists on both sides had pledged themselves to peace in a kind of transnational women's solidarity, according to the historian Joshua Goldstein.

But within months all the major feminist groups had thrown their weight behind their respective governments, predicting that patriotism would enhance the prospects for women's suffrage, he said.

Women contributed mostly on the home front, but more than 80,000 also served in Britain's Women's Army Auxiliary Corps as nurses, mechanics, cooks or ambulance drivers. An emblematic few were exposed to the danger of war, as soldiers -- or spies.

Among them was Mata Hari, the Dutch-born dancer, seductress and spy who was executed by a French firing squad during the war. Another famous figure was Edith Cavell, the British nurse celebrated for saving the lives of soldiers from all sides without distinction in Brussels. She was found guilty by a German military court of assisting the enemy and shot by firing squad on October 12, 1915.

After a visit to nurses working on the Belgian front line in 1914, journalist Sarah Macnaughton paid tribute to them in testimony published by Britain's Imperial War Museum.

"It is a queer side of war to see young, pretty English girls in khaki and thick boots, coming in from the trenches, where they have been picking up wounded men within a hundred yards of the enemy's lines, and carrying them away on stretchers... I lift my hat to you!" she said. A tiny number of women even went into combat.

One was Dorothy Lawrence, an ambitious 20-year-old journalist who became the only woman soldier enlisted in the British army by passing herself off as a man.

She turned herself in after only 10 days, worried for the safety of the men who helped her.

Flora Sandes, another Englishwoman, enlisted with the Serbian army in 1916, aged around 40, and reached the grade of sergeant major. She stayed on after the war, eventually becoming a major.

Some women in Russia also took part in combat, driven both by patriotism and the desire to escape a drab existence. Most joined up dressed as men, but a few served openly as women.

The most famous were the "Battalion of Death" -- several hundred women soldiers led by a 25-year-old peasant girl named Maria Boshkareva, who set up the battalion with permission from the tsar.