A groom from Palakkad took the metro to his wedding when he got stuck in traffic. 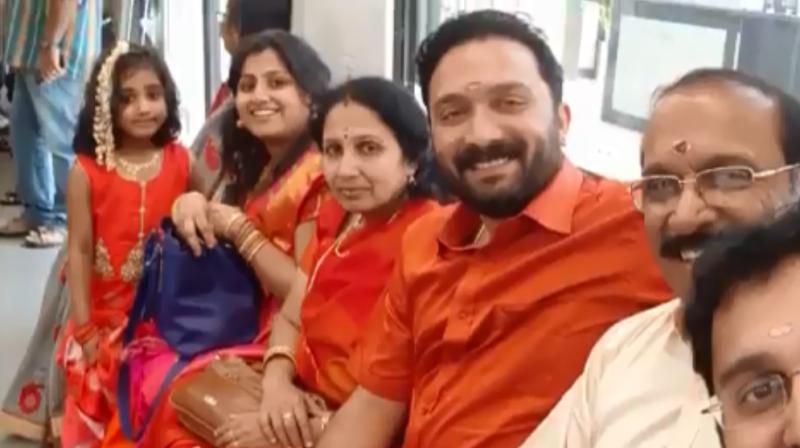 A groom from Palakkad took the metro to his wedding when he got stuck in traffic and the married couple was presented with Kochi1 cards as a wedding gift by Kochi Metro.

It's our pleasure to keep your wide smiles intact. Here's a story of how #KochiMetro saved Ranjith's and Dhanya's wedding day. We present to you Kochi1 cards, as a token of our love; Happy Married Life. #MyKochiMetro pic.twitter.com/5W8yLb42nB

When Ranjith Kumar left from him hometown for Kochi on his wedding day, he thought leaving at 6 AM to arrive for his wedding at 11AM was a reasonable feat.

He could not have been more wrong as he got stuck in traffic and realised he would be late to his own wedding if he took the road.

However, when they reached Aluva the bride's family urged them to take an alternate route, which is when the groom decided to take the Metro.

“At the Aluva station, there was a queue at the ticket counter. But I explained to people that it was my wedding. We bought the tickets and quickly grabbed the next train,” said Ranjith, in a video released by Kochi Metro.

“We hurried through the rituals and within five minutes I think, everything was over,” he added in the video.