Celebrating the genius of Stan Lee

Marvel's Lee gets worshiped like a superhero at his memorial by fans, friends and colleagues alike. 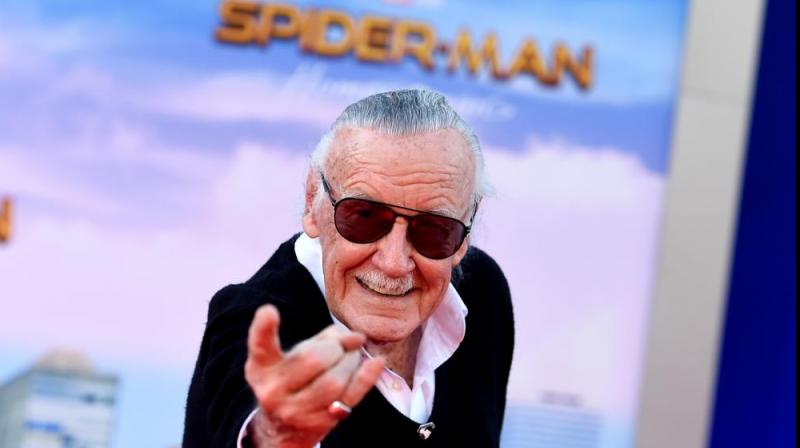 Stan Lee at the Los Angeles premiere of 'Spider-Man: Homecoming' at the TCL Chinese Theatre in June, 2017. (Photo: AP)

Los Angeles: Among comic lovers, Stan Lee was as much a superhero as the characters he helped create. The fans, along with Lee's friends and colleagues, paid their final respects at a Los Angeles memorial Wednesday night for the Marvel Comics mastermind who helped bring the world Spider-Man, Wolverine, Black Panther and The Incredible Hulk.

The night was called, “Excelsior! A Celebration of the Amazing, Fantastic, Incredible & Uncanny Life of Stan Lee."

At the Hollywood memorial, Stan Lee was called a “mythmaker” and “a dream dad.” He was compared to the pope, Jesus and the burning sun. This was no night to hold back for the friends, co-creators and super-fans of the Marvel Comics mastermind who died last month at age 95.

Lee-lovers like filmmaker Kevin Smith and actor Mark Hammill told tales of their hero worship at the TCL Chinese Theatre, Hollywood, standing next to the hand impressions and footprints of Lee.

A US Army trumpeter and bagpipers played songs of mourning for Lee, a World War II veteran, surrounded by Lee fans in their own impeccable uniforms – dressed as X-Men and Avengers. Inside the theatre, people from the entertainment industry told stories of reading Lee's comics as children then getting to work with him later in life.

Lee's daughter JC Lee was also among those present at the memorial. The evening included several speakers, musical performances, an art exhibit, costumes and props from Lee's creations and Marvel-movie cameos.