Over one lakh children’s parents in Kerala don’t want their kids to be identified on religious and caste lines. 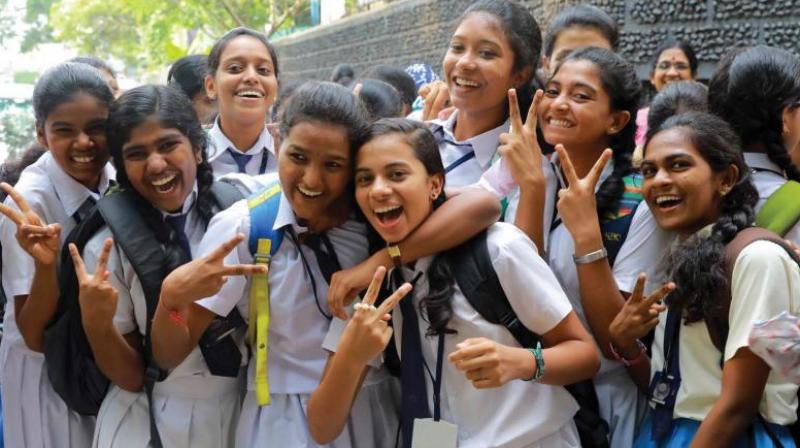 On Wednesday, Kerala woke up to a surprising news when Education Minister C. Raveendranath announced in the Assembly that more than one lakh students in Kerala have preferred to leave the caste and religion columns blank in school admission forms. Although many people have been talking about this online and offline for some time, none expected such a large figure. It may be bigger, as these numbers are based only on the records collected from government and government-aided schools. However, it has sparked off a new wave.

According to politician M.B. Rajesh, who follows no religion, this is a positive and healthy trend, especially at this age when caste and religion are being used to divide people. “It is a great model,” he says. “This is a great message Kerala sends out to the entire country. We have done it in the past, through social reformers like Sree Narayana Guru,” he adds.

He feels it is a democratic move. “It is heartening to see more and more people upholding the essence and spirit of our Constitution, which allows one to follow or not to follow a religion. It is an individual’s choice. It is not that all parents of these 1,24,147 students reject religion. They think that they shouldn’t impose their beliefs onto their children. It indicates that parents give their children the freedom to choose what they feel is right. The child can decide whether she or he needs religion as an adult. You are not giving them that freedom when you fill the caste and religion for them,” he explains.

In his opinion, discarding caste is the most progressive step. “It is the symbol of a civilised democratic society,” he opines.

Journalist Chintha Mary Anil didn’t fill the religion column when she enrolled her daughter Cea in school. “We left the column blank for our child. She is in class IV now,” she says. “Anil and I belong to different religions and we decided she should take a call when she grows up. Anil isn’t a believer though he comes from a Hindu background. I believe in Christianity. Her paternal family takes her to temples and she comes to church with me. At home, she wears thattam. She loves doing that. She may end up being a Buddhist, Muslim, Hindu or anyone she likes. I told her eventually she could decide. She understands it,” adds Chintha, who truly embraced Christianity at the age of 20, though she was raised a Christian. “It should come from one’s heart,” she says.

Her parents had an inter-religious marriage. “My father is a Christian and mother a Hindu. They got married in 1973. She, at her own will, converted to Christianity after marriage and vowed she would bring up her children in the Christian faith. She would go to church, at the same time, read Bhagavad Gita at home. She completely decided to follow Christianity in 1997. That was a true choice,” she says.

She is not looking forward to a godless society. “But the way our society designs religion, fanaticism creeps in and that is not something that I subscribe to. Religion doesn’t require teachers; it needs witnesses. For instance, if people are able to see me as a witness of Christ, I don’t think I will have to do anything else. I respect all religions. Just because I believe in Christ, I don’t expect everyone to follow him until they get a connection. Caste is something we can do away with. But I believe in God and a universal right and wrong. Find your universal power. Lack of sense of right and wrong would lead to anarchy,” she says.

Jyothsna, a bank official from Palakkad, belongs to the second generation of a religionless, casteless family. She and her husband Subheesh ensured that their children—eight-year-old Goutham Damodar and five-year-old Sidharth Sreenivas – too have blank religion, caste columns in their certificates.

“My grandfather and grandmother, who were an inter-caste couple, started it by leaving the religion and caste columns blank when my father joined school. He did the same when my sister and I were enrolled in school. Never in our life have we felt the need to be known as a person from a certain caste or religion. Everywhere I joined, from school and college to the bank where I work, I was asked what my “real” caste was. That is the only problem I face. My dad might have faced it and my children too will, but it is our conscious decision to be known as another human being and not under any tag,” she feels.

Asked if the caste tag was the privilege of the upper class, Jyothsna says her decisions are never meant to undermine the reality. “Casteism is a reality and I am in no way opposed to the reservation system. I truly believe in what I do and this is not ‘showing off’ of any privilege. Had my grandparents decided to retain their caste name in their son’s certificate, he could have easily enjoyed the reservation benefits. But they decided against that since they were financially and educationally strong. To this moment, none of us has regretted that decision. However, persons who are still languishing under poor financial and social conditions should definitely avail of the benefits in the name of their caste because that helps them come forward. I also feel if people from backward classes have good financial status, they could give up their benefits for the deserving,” she opines.

What is the future of this trend? “This figure is based only on the records of government aided schools. We never thought lakhs of persons in our society think like that. There may be more. I feel this trend will grow and more people will join it,” Rajesh says.