The CBSE paper leak has resulted in disbelief, shock and outrage as students and parents take to the streets in protest. 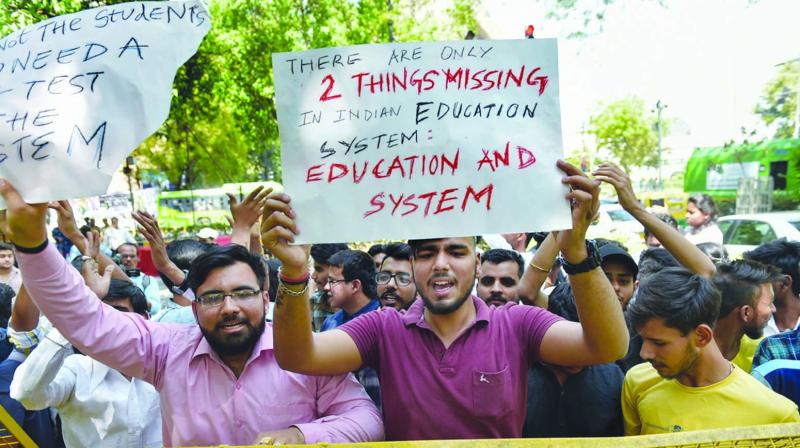 The re-examination announcement for class 10 maths and class 12 economics papers by the Central Board of Secondary Education (CBSE) has resulted in many students and parents coming out on the streets and protesting. Meanwhile, some teachers, parents and students are planning to move the Delhi High Court seeking re-exams and an independent probe on the leaks. Many even claim that class 10 social studies and class 12 biology exam were also leaked among other papers and are staging protests demanding the education board hold a re-examination for all papers, instead of just the two. We find out how students are coping with these testing times.

A class 12 student, Divya (name changed) says, “Economics was my last exam but I will have to appear for a re-test. It’ll prove difficult, as I also have an entrance exam soon. I got to know from some of my friends that the biology paper was also leaked. When the business studies paper was leaked at 6 in the morning, my friends who were appearing for the paper said they would all score more than 80 per cent. This is unfair to the rest. I strongly feel that there should be a re-examination for all the papers.”

Simarjiv Singh, a class 10 student, felt happy with how she had performed in the exam. “I had done so well and was expecting great marks. To hear that it will be scrapped is like toying with our emotions. CBSE is playing with our future. This needs to stop,” he says. 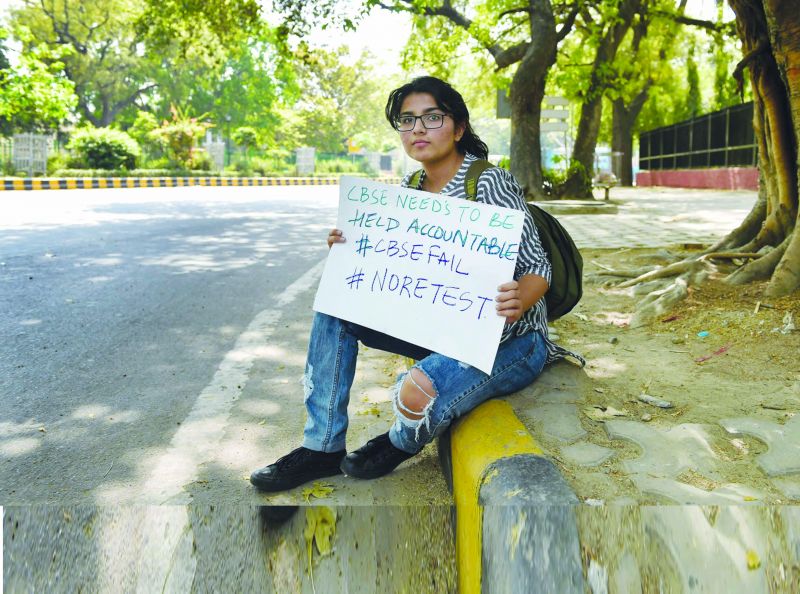 It is not only students who are frustrated, parents are very hassled too. “As a parent, it is frustrating and irritating to see our education system being so faulty. Children have already gone through enough stress. Why again? The corrupt people who have mocked the system are not paying any penalty whereas the innocent have to go through so much trouble again,” says a parent of a class 12 student.

Swarnalatha Iyer, a consultant psychologist, believes that we as a society need to be more responsible towards our children. “We are adding unnecessary stress and this is not healthy at all. We are creating a generation of dissatisfied individuals,” says Iyer, adding, “There is no holistic development of children. They are always under pressure of scoring better grades. All this results in killing the creativity of the child.”

She feels that people have prioritised money over children in this case. “Education has become a business. Children are forced into coaching and fields they are not interested in but a list of degrees against one’s name doesn’t make one educated,” she says.

K.C. Belwal, a mathematics teacher at Moravian Mission School, says that the whole fiasco has been creating a lot of stress for students. “Children often plan holidays post their exams. Re-examinations not only add to their stress but also ruin their plans,” shares Belwal, who has been teaching in Ladakh for the past 34 years. “Students in Ladakh were preparing for three months at a stretch during winter holidays, as the schools are closed due to the cold weather. Many even change schools and move to places like Delhi and Chandigarh. Now they are trying to get their tickets changed or cancelled and all this is really costly. It is really unfortunate,” he adds.

Suzy Singh, parent of a student appearing for re-examination, says, “CBSE had prior information but didn’t take any corrective action. It is teaching students that it’s okay to avoid responsibility. Is this the example the relevant authority figures wish to set? A serious thought about the approach to education is the need of the hour.”

Varad Sharma, a student of class 12, is among the lucky ones who don’t need to give a retest. He says, “I can only speak from an observer’s position. This is a tough situation as not giving a retest would help those who cheated. However, a retest seems unfair to students who studied hard, especially the ones who dislike the said subjects. This also highlights the fundamental flaw in the entire idea of tests as measure of education.”

Vaani Pujar, a student of class 12 who has to reappear for the economics exam, protests, “I’m completely against the retest, I studied the whole year to give my best for the economics exam and the paper was easy. I was elated but now I am very disappointed. Other papers were also leaked but no action has been taken.”