It is one of the largest statues from the era to be unearthed. 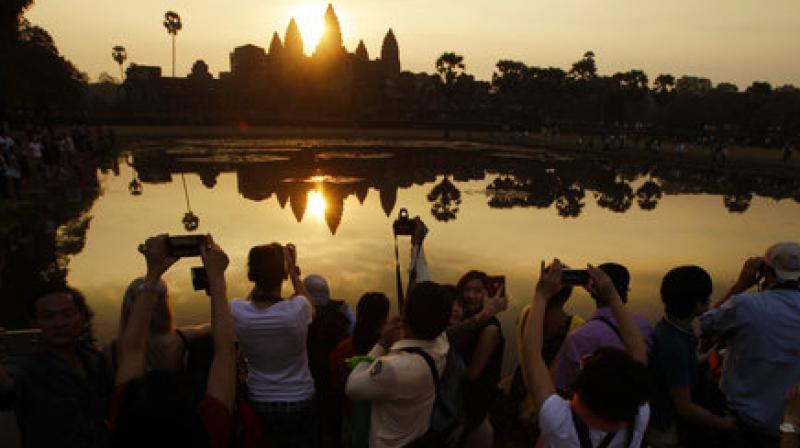 In this Feb. 19, 2017, file photo, tourists take photos of the sunrise at the Angkor Wat on the northern outskirts of Siem Reap, Cambodia.(Photo: AP)

Phnom Penh, Cambodia: Archaeologists at Cambodia's Angkor Wat temple complex studying the site of a hospital from eight to nine centuries ago say they have found a large statue in their excavations.

The government agency that oversees the complex, the Apsara Authority, said on its website that the 1.9-meter (6-foot, 3-inch) tall, 58-centimeter (23-inch) wide statue was discovered Sunday by its team, working with experts from Singapore's Institute of Southeast Asian Studies. It is one of the largest statues from the era to be unearthed in recent years.

The agency said the statue, believed to be from the 12th or 13 century, is thought to have been a symbolic guardian of the entrance of the hospital.