The Story of underdogs

Raghu Ram and Rajiv Laxman are back with a new reality show called Dropout Pvt. Ltd., which is to identify and transform ‘dropouts’. 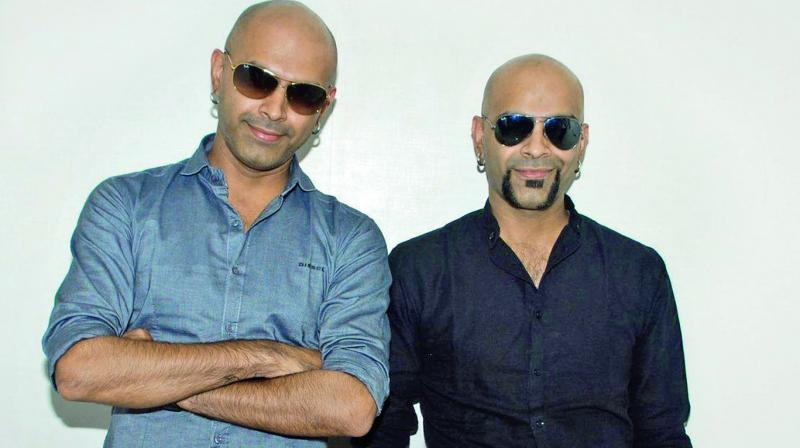 The Roadies duo — Raghu Ram and Rajiv Laxman — is back! However, this time they are in a different set up and more importantly, they will show a different dimension of themselves in a brand-new reality show of MTV India titled Dropout Pvt. Ltd. The show will take the audience through a journey of identifying talented ‘dropouts’ and giving them entrepreneurial opportunities to prove their mettle. Before you shoo it off as a ‘desi version of Shark Tank’, hear it from Raghu about how this show is different and how it will start a conversation about the sad state of India’s educational system.

Where did the idea for a show on start-ups come from?
Firstly, Roadies is an expression of the thought process that Rajiv and I have. Roadies is about exploring your surrounding and yourself and being true to yourself. So, Dropouts is a natural progression and evolution of that philosophy.

We are looking here for the same passion and integrity from the participants in a start-up background. Also, we have always had strong opinions about the educational system, which, I think, fails its students at various levels. So, this show is an intersection of the growing start-up culture, lack of quality education and our opinion about the system.

Will we be seeing a different Raghu and Rajiv?
There are people who are going to say Raghu and Rajiv are very different on Dropout because they will see that there is no abusive language, there is no aggression of that sort. But there will be a lot of people who will say the duo is same on both Roadies and Dropouts; they would not miss the point; they would understand what we are saying. I wouldn’t say we are different now but we have evolved from Roadies. From being tough task masters, we have become cooler elder brothers.

But do you guys still miss Roadies?
No! I miss the travelling I used to do. I am working with almost the same crew in the new show. As far as I am concerned, Roadies is a decade old, there is nothing new about it. People might make it better and bit more edgy but conceptually there is nothing new to it.

On comparisons between Dropout and Shark Tank.
Firstly, there is no other references people are aware of, and you haven’t seen Dropouts PVT. LTD., in the first place. So, fair enough, they don’t know what else to say. The clear and major difference is: while Shark Tank is basically a negotiation between a business owner and an investor, Dropout is a story of underdogs. The show is not about the idea, it is about the skills and about standing for yourself when the world calls you a failure.

The contestants will be trained by experts and will be eliminated in a reality show format, and the winner ultimately will become entrepreneur of a real company. This is the first time a show like this is happening.

What do you have to say for the dropouts who are broken down by the
system?
Watch Dropouts PVT. LTD. Make your parents watch it. I really want to start a few conversations. Hopefully, every episode will have some of these important debates. The show is an entertainment, but we will also take on topics that is relevant to the audience.