Resident of Ohio had to call authorities after reptile she rescued tightened its grip around her body and began biting her nose. 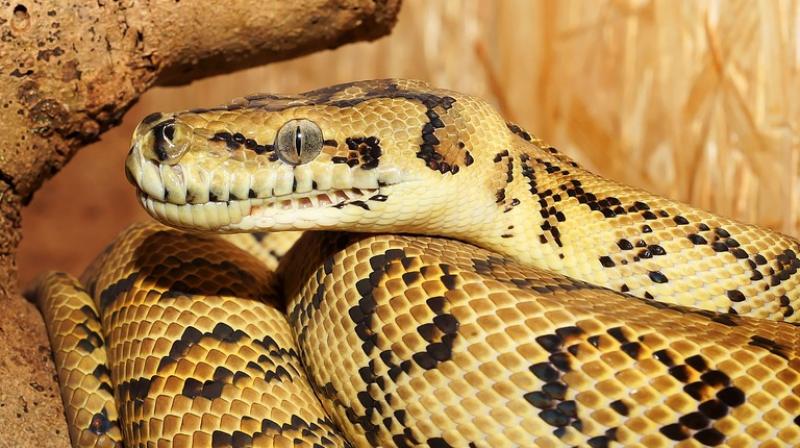 Firefighters used a pocket knife to cut the snake's head off, then disposed of the body in a garbage bin.

New York: US authorities have released a recording of an emergency call in which a woman said this: "I've got a boa constrictor stuck to my face."

The 45-year-old resident of Sheffield Lake in the Midwestern state of Ohio called authorities Thursday after the 5' 6" (1.67 meters) long snake she had rescued tightened its grip around her body and began biting her nose.

"I've never heard of this before," an amazed phone operator says as the woman relates her predicament in a terrified voice.

"He's got my nose and he's around my waste," the victim says as the reptile continues its attack, adding: "There's blood everywhere." The snake was one of two boa constrictors she "rescued" a day earlier, she explains, that joined her nine pythons.

Local fire chief Time Card told the Chronicle Telegram that firefighters used a pocket knife to cut the snake's head off, then disposed of the body in a garbage bin.

The woman was hospitalized but out of danger, according to local news network Fox 8 Cleveland.