Stumpf was a farmer convicted of murdering at least 13 children and two pregnant women before devouring parts of their corpses. 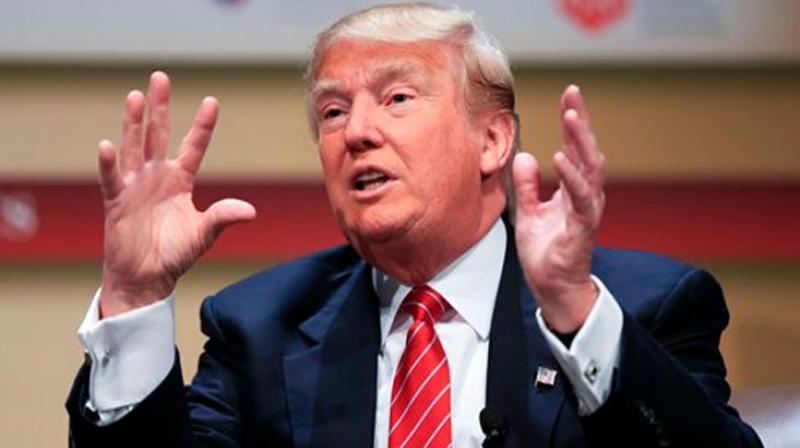 File photo of US President Donald Trump. Stumpf was finally executed in 1589 and the case has fascinated scholars for centuries as being one of the earliest legends of a werewolf. (Photo: AP)

Academics investigating the infamous tale of Peter Stumpf, also known as the ‘Werewolf of Bedburg’ made a shocking discovery that may point towards Donald trump being related to a 16th century cannibal serial killer.

The revelation was made by MirrorOnline.

Stumpf was a farmer convicted of murdering at least 13 children and two pregnant women before devouring parts of their corpses.

Stories go that he was also known to have mutilated cattle, had incestuous relationships with both his daughter and sister and had murdered his own young son before eating his brain.

Dr Kebin Pittle, anthropologist, Biola University in Southern California was re-examining it ahead of a talk on Halloween when he made the startling discovery.

According to surviving documents, Stumpf was put to death alongside his lover 'Katharina Trump' who was convicted of aiding his grisly crimes.

His team now believes evidence including ancestry records and socio-linguistic factors mean it is "possible" that Katharina Trump can be traced all the way back to the US President.

Interestingly, Trump's grandfather Friedrich was born in the tiny village of Kallstadt, 60 miles south of Frankfurt, in 1869 before emigrating to the United States as a teenager.

In New York, he had two sons, John and Fred who founded the successful property business that Donald went on to inherit.

The Trump family goes back generations in Kallstadt and many are buried in the local cemetery and the owners of the house where Friedrich was born have become so fed up by people ringing the doorbell they put it up for sale.

Donald even appeared in a documentary entitled 'Kings of Kallstadt' last year made by local filmmaker Simone Wendel.

It is one of Donald's earliest ancestors in Kallstadt, Hans Trumpf II, born around 1559, who may link the stories of both Donald Trump's German ancestry and the 'Werewolf of Bedburg'.

While the story of Peter Stumpf is generally considered to have happened in Bedburg, a small town near Cologne, Dr Pittle has found no legal records of anyone named Stumpf or Trump living in the area at that time.

But then again, this is likely because most records were destroyed in the 30 years war of 1618.

Dr Pittle says ancestral records show a Katharina Trump and Peter Stumpf lived in the Kallstadt area at the time of the 'werewolf' murders.

Could they have produced a child called Hans Trump whose distant relative would go on to become the 45th President of the United States?

"We started looking through these databases to find Trumps and Stumpfs in the same place," said Dr Pittle. However, the researcher went on to add that they have no legal records, family records to support this happening in Cologne.

Dr Pittle is hoping fellow researchers will now take his 'speculative hypothesis' and examine it further.

According to historical evidence, Stumpf said he had been murdering and eating human flesh for at least 25 years.

He confessed to murdering 13 young children and two pregnant women "tearing the children out of their wombs, in most bloody and savage sort, and after ate their hearts panting hot and raw, which he accounted dainty morsels and best agreeing to his appetite."

Stumpf was executed on October 31, 1589, in equally gruesome fashion.

Crucially, documents mention that magistrates discovered that Stumpf's daughter 'Beell' and lover 'Katharina Trump' were both accessories to the murders.

They were also burned at the stake with Stumpf's 'carcass'.