This Bengaluru-based band is all set to release their debut album ‘Resurgence’ by November 17. 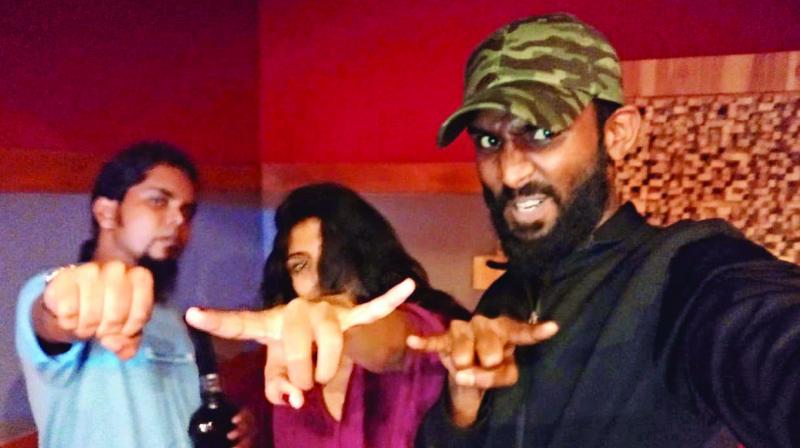 Sarcophagus, a Bengaluru based metal band is releasing its first song Virulent caresses of Isis from their debut album, Resurgence.

Since the time the four-member band formed (2018) and they pitched  their idea of having an album centered around Egyptian Gods in April 2019, they have continually invested time in making and mixing the tracks for their debut album, Resurgence. “I’m really big into Egyptian mythology, and I’ve always wanted to write a concept album about the Gods of Egypt with a modern spin on it so to speak. We try to narrate those legends with everyday things which we feel are parallel to the events portrayed in Egyptian mythology,” says Sailesh who wrote the song in a single sitting on a chilly night “by the campfire” in Kodaikanal.

The band will be releasing their first song from the album by mid-November. The song is about “the goddess Isis and her struggle to find the scattered bodily remains of her husband Osiris, which I’ve always thought was a really deep and moving story. The reason we picked this song as the first one is because it has different influences and doesn’t confine to any particular genre so we wanted to basically put something out which ignites the curiosity of listeners and makes them wonder what could be next,” says Sailesh, the lyricist and guitarist.

It is one of the very few bands in India to have a female lead vocalist, Amy Khazaador. The guitarist Sailesh Kumar says, “There are hardly any female-fronted metal bands in India. I want to break that notion that a woman isn’t powerful enough to front a metal band, but we finally found our singer/bass player Amy Khazaador. She will be a pleasant surprise in this male dominated metal scene.”

The co-founders of the band, Sailesh Kumar and Slyvester Joseph who have the passionate guitarist Sayan Chanda by their side, have always been dreaming big about their music. All the members of the band are very dedicated to their music and have regular jobs or college but rarely has any of it posed a threat to their biggest dream of providing the world with great music and breaking gender stereotypes. “I guess the inspiration comes from doing what you have to do to keep your dream alive, however small or big,” says Sailesh. Each of the band members are influenced by different artistes but they unite on the genre of doom metal and “decided the sound of the band will be essentially metal on the lines of bands like Candlemass, Paradise Lost and Rotting Christ,” as they wanted a different sound for their female vocalist, Amy.