The fall of activists and general unease

Only the future will shed light on whether activists have fallen never to rise again or will we see them rise more than ever before. 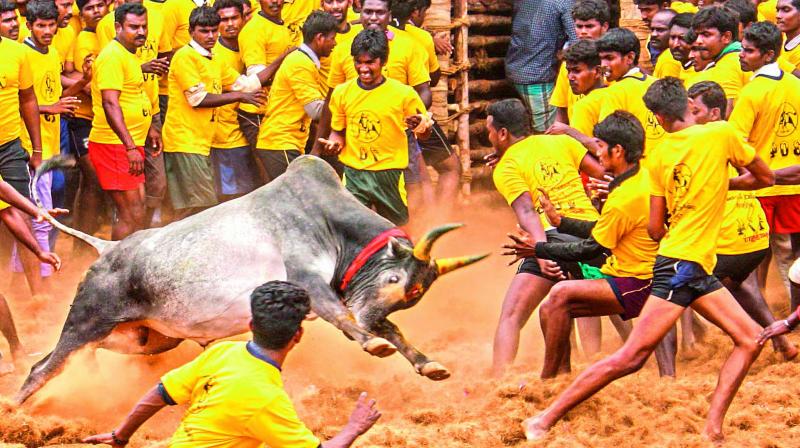 The Myth of Jallikattu uprising!

The killing of Gauri Lankesh, Kalburgi and others, and reports of people being silenced for speaking up, throw light on the fall of activism in the country. A prominent activist feels that the need for activism is all the more urgent in today’s day and age...

Only the future will shed light on whether activists have fallen never to rise again or will we see them rise more than ever before. A need for activism is all the more necessary as it is incontestable that an environment of unease prevails all across the country. Filled with extreme right wing elements, the ruling party dispensation has been meddling with everything that the state should be keeping itself away from, be it the food on the table or the way we would fall in love!

The killing of Gauri Lankesh, Kalburgi, Dhabolkar and others may have, ironically, helped their work attain a sort of immortality. It is sad that we have lost their physical presence as well as their great work being brought to a screeching halt like this. However, there is a cause to be celebrated even amid tragedy as the work of people like Gauri will be taken up with greater vigour now by others.

Those looting the resources of our land have been finding partners in crime within the establishment for a long  time now. Those opposing the loot have always found it hard standing up to the brazen loot. In that sense, it could be said that not much has changed. The crucial difference is the current narrative has been able to instill a sense of acute insecurity. The people looking on may be beginning to believe that offence is their best possible defence because both state-sponsored violence and mob violence seem to have been legitimised.

The recent hoisting of the saffron flag over Udaipur court in the aftermath of a bloody protest in support of Shambu Lal Regar adds much to the prevailing unease. However, the more danger lurks around, the more one needs to work. Criticism of those in power used to be welcomed earlier but, after 2014 with the new regime in place, any criticism of those influencing actions that affect our lives invites rebuke. This pitting of people against people makes for the biggest challenge but it is not an end game. People can always be engaged with, but it takes time. And there will surely be heavy losses along the journey of conflict resolution.

Challenges in resolving caste and communal conflict are getting much more complex than taking up the cudgels of economic and environmental struggles.

To stay united amid different strands and colours and contours of the challenges is the only way out for the few whose work sustains sanity and common sense in the midst of the rising doom all around us. But, for now, it is only a very few, who have been at the forefront of questioning the wrongs and their tribe is definitely bound to grow. It must.

The Myth of Jallikattu uprising!

The Jallikattu protests that swayed the state are being touted as a revolution or reclaiming of Tamil Pride. Are we fooling ourselves by believing this? True, it was the largest protest gathering that Tamil Nadu was witness to, also in the number of venues it was held across the state. But also true is the muted or zero response that came about in the aftermath of the biggest police brutality that TN has ever witnessed.
The political masters both at the Centre and in the State made hay as people made an aspirational bid to project something that they took to be a cultural symbol. However, the very same public failed miserably to respond when Tamil pride was drowned in the sea with fisher folk colonies burnt down, thousands of youth arrested and grievously injured and property damaged by police themselves.
Struggles are a continuous process and cannot be abandoned half way through.

— Piyush Manush is a renowned green activist from Tamil Nadu, who along with others, formed the Salem Citizen’s Forum, a collective of urban citizens engaged in welfare activities.