Love in the time of intolerance

Humanity and love is beyond religion, and yet it has the power to warp relationships. 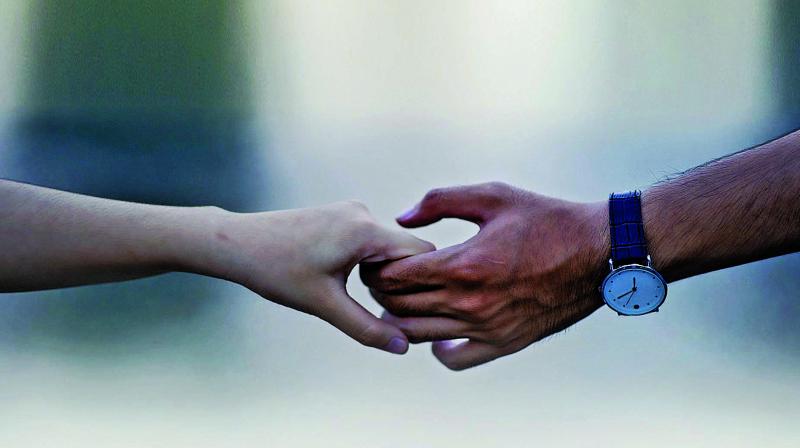 A country that is a melting pot of so many religions, colours, foods, costumes, dances, songs, languages, mindsets and now even inclusive to an LGBTQ community.

In the euphoria of romance, a young Shah Rukh Khan married his childhood sweetheart Gauri Chhibber, and it is believed that he even fell in love with Priyanka Chopra along the way. Many moons ago, Sanjay Khan aka Abbas also married his childhood sweetheart — Parsi model Zarine Katrak. It was love at first sight for him She was only 17 years old and he was 19. Many moons later, their daughters married Hindus and their son Zayed married a half British-christian. These are all examples that clearly elucidate that love knows no religion.

This tradition has continued from the Mughal era when all the men brought home Indian brides, including the legendary Jodha-Akbar and the ‘Muslim bigot’ Aurangzeb. However, religion still possesses the power to create hurdles in India, with parents pushing away their children for having relationships and starting families with people of other faiths.

So what is this ado about — the sudden surfacing of minorities and majorities and all this hullabaloo over religion? Like Trump said in his speech: The world looks to India as an ideal in integration and harmony between different faiths. A country that is a melting pot of so many religions, colours, foods, costumes, dances, songs, languages, mindsets and now even inclusive to an LGBTQ community. What is the hue and cry all about?

Actor-director Sanjay Khan is a good example of the most harmonious integration. I was taken by the actor’s second book Assalamualikum Watan, and was engaged by the relevance of its message to our present times, especially in relation to human interactions and relationships. Together, we took a fresh look at the scenario without bias. Muslims, he says, are an integral part of Indian society, and India is their land as much as anyone else’s. The book takes you on a journey of the constructive and impressive contribution of the Muslim community at all levels and suggests the community be viewed with a positive approach as a win-win for society as a whole and the country, at large. He wants you to delete the divisive and separatist outlook that breeds disharmony in secular India.

I entirely agree, but I must admit I also find it difficult to believe that we’ve come to a point where we actually have to bring this to the notice of people. It’s nearly embarrassing that people who are so much part of us have to even feel like they are not. I am not advocating or going against marriage outside your faith. My point is if a mature-minded son or daughter, after consideration and thought, wants to wed a Muslim or Hindu, then they must be allowed their chance at happiness without making an issue solely on religious grounds.

To me, implementing communal harmony means a much-required broadening of our mind and heart, and removing the prejudice that comes with negative generalisations. For instance, I hear my friend talking about her tailor Ahmed Master, who hasn't done her clothes over so many weeks of promises, decrying him with, “These Muslims! He doesn't even answer my calls. They want to trouble us Hindus; he would deliver pronto if I was a Muslim.” Wrong rationale!

An acquaintance was admonished for wearing a red tilak on his forehead to his multinational corporation job as it is not fitting of the corporate culture. He reduced it to unfairness. “Muslims do whatever their religion dictated, we Hindus are chastised.”

Another Muslim friend, struggling in Bollywood, confided in me that he cannot get a much-needed paying guest accommodation as Hindus look askance at Muslims.

In agreement with Khan’s book, I say let us not be so narrow-minded as to ride in hysteria over a perceived division as Hindu against Muslim and vice-versa. We see so many illustrious Muslims making India proud. I have friends who are Muslims; it is a bond where religion does not impact our bonhomie. I know of innumerable marriages, as do you, between the two communities. If it works, the religion factor is of less concern than other compatibility factors. If I were a parent, would I endorse this? A heart-searching question indeed, but of course I would. The happiness of a sibling, offspring, or relative lies in compatibility, which would be my main and primary concern.

Strangely, our secular country seems to be regressing into an ‘us versus them’ mentality. Khan’s book questions why that is, and I myself am asking the same question now — Why can't we all belong equally to one secular nation in friendship and harmony? Religion is between you and your connection with the divine in your way. A private concern.