Depression is not a condition that can be treated by this so-called app, which blatantly claims to cure it. 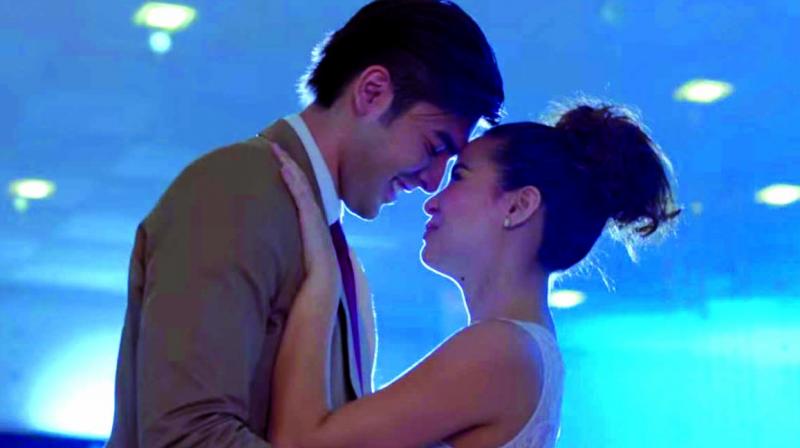 ‘Rent a Boyfriend’ is a new app on the block that promises to cure depression. But is it trivialising mental issues?

Millennials have embraced the idea of taking their dating lives online.  Dating apps like Tinder, TrulyMadly, Woo and so on are popular in the country. Joining this line of apps is a similar but an unusual one called ‘Rent A Boyfriend’. True to its name, this app allows you to rent a boyfriend. Why? According to the developer, 29-year-old Kaushal Prakash, the only motive of the app is to cure depression.

Here’s how it works: the boyfriends can be chosen from three categories — the celebrity boyfriends (for Rs 3,000 per hour), the model boyfriends (for Rs 2,000 per hour) and the average men (for Rs 400 per hour). The app even has a toll-free number so that depressed subscribers can avail a period of 15-20 minutes for Rs 500. The maker stresses that the relationship would be purely platonic companionship and support. As depression is cited as a mental health disorder, can an app cure it? Or would pretending to have a partner for a few hours make the person feel better?

Depression is a serious psychological condition that requires professional intervention. With changing trends in relationship styles and increase in attachment anxiety, seeking help through a platform as such is only going to increase feelings of rejection and abandonment, which worsens the situation. Objectifying one gender of the society or creating superficial emotional support systems leads to emotional dysregulation. With a growing need for support and professional intervention, the focus should be on finding ways to eradicate stigma and providing appropriate treatment measures through psychotherapy, psychiatry and counselling.

Helpful for the time being

I feel renting a boyfriend can be helpful at that particular time as a friend because they will get someone to hear them out. But they can do that with therapists as well. Eventually, I think if they get close to this ‘boyfriend’, it would just hurt them later because the opposite person is just doing his job and he can’t help it if someone falls for him. And secondly, I really don’t understand the concept of celebrity, model and regular boyfriends. Stress and depression are too delicate to be handled by something like this.

I believe you don’t need an app to fight depression. If you have friends and family who understand  you, one can overcome anything. And if that doesn’t help, getting help from a professional can be considered. The app can have a negative impact and push the person to a breaking point if the person gets emotionally attached to the hired boyfriend. In some cases, depression is caused by failed relationships. Hiring a boyfriend will only make it worse when the session expires.

This app is highly offensive. The key word here is ‘renting’. We rent objects. Boyfriends are humans that you engage with. You are hiring someone to cure your depression. But it requires a permanent cure, so renting a boyfriend is not the solution. That would only be a temporary cure. Basically, this app is using the marketing strategy of ‘curing depression’ because depression is the most-discussed topic these days. This app or any other dating app has no connection with wiping out depression. If you want to wipe out depression, you should speak to your family and consult a psychiatrist. How can an app cure this condition? The benefit of this app would be spending quality time with a stranger, sharing your sorrows and getting comfortable. But the next question is what happens after you have spent all that money on your rented boyfriend? You are back to square one. If it is about physical intimacy, you would rather visit apps like Tinder via which you can have flings, hookups, etc.

Making a mockery of relationships

Depression is a condition wherein there is pervasive, persistent sadness affecting all areas of functioning - like biological, social and occupational functioning - owing to chemical imbalances in the brain. When it is mild, it can be treated by counselling and when it is moderate to severe, then it needs a combination of medications and counselling.

Depression is not a condition that can be treated by this so-called app, which blatantly claims to cure it. There’s no scientific validity/evidence to stake its claim. It seems more of a desperate attempt to gain attention from all quarters. In India, 18 to 20% of the population suffers from depression. And the app creator is using this to gain popularity. Relationships are built on unflinching trust, long-lasting love and care. This app explicitly mocks the whole idea of meaningful relationships and can only be detrimental to the individual concerned in the long run.

Youngsters should enlighten themselves about the long-term implications of this before they fall prey to such traps, which can make them feel insecure, not value relationships, be impulsive and eventually leave them feeling empty as the years go by.

An adverse effect on the person

If depression and loneliness could be cured by renting people, it would be a perfect world. Every person goes through loneliness at some point in their life. It could be after a break-up with family, friend or lover, moving to a new environment, or being excluded from social events to name a few.

Loneliness is only one of the reasons of depression, which may have nothing to do with being with another person but not having the capacity to be alone in (or out of) the presence of others. In actuality, renting people can have an adverse effect. It is temporary and does not take into account of the individual renting getting emotionally involved in a short span.