People cheating on partners not likely to change

The more we lie, the more likely we are to lie again. And in this way, little white lies easily become big lies. 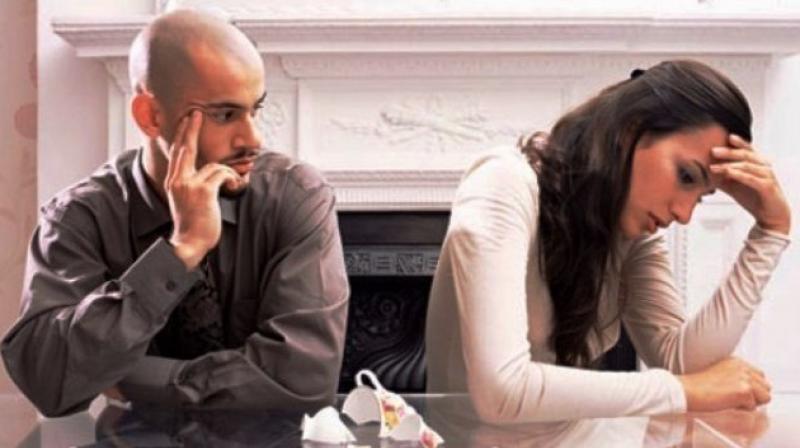 With serial cheaters, it could be the case that they initially felt bad about cheating (Photo: AFP)

London: Here's some bad news for people who have taken back an unfaithful partner as recent study suggests that cheaters are likely to be unfaithful to their partners multiple times.

The research by UCL suggests why serial cheaters repeatedly lie to their partners and commit adultery. According to the study, it's because with every lie a person tells, they feel less bad about doing so afterwards.

"We speculate that the blunted response to repeated acts of dishonesty may reflect a reduction in the emotional response to these decisions or to their affective assessment and saliency," the report says.

The reason this happens is due to a region in the brain called the amygdala, which provides a negative response when we lie.

However, each time we do so, the response provided by the amygdala weakens - ergo, we feel less guilty about lying. The study was devised to test people's capacity to lie. Participants were shown pictures of clear jars of coins and asked to help someone else, who was only shown a blurry image, guess how many coins the jar contained.

When they were told they'd receive money if their partner overestimated the number of coins in the jar, people were more likely to lie. The study may not have focussed on cheating in particular, but the authors believe a similar mechanism could apply.

"The idea would be the first time we commit adultery we feel bad about it. But the next time we feel less bad and so on, with the result that we can commit adultery to a greater extent," Neil Garrett, a co-author of the paper and researcher at Princeton Neuroscience Institute told Elite Daily.

This means that the more we lie, the more likely we are to lie again. And in this way, little white lies easily become big lies.

"What our study and others suggest is a powerful factor that prevents us from cheating is our emotional reaction to it, how bad we feel essentially, and the process of adaptation reduces this reaction, thereby allowing us to cheat more."

Another possibility is that they never felt bad about cheating to begin with, so they didn't need adaptation to occur, they were comfortable with it from the get-go."

Garrett believes that one of the key differences between lying and cheating lies in the fact that the latter tends to take place over a shorter timescale than was used in the study.