In spite of the unending conversation about equality in India, our patriarchal society still presents challenges 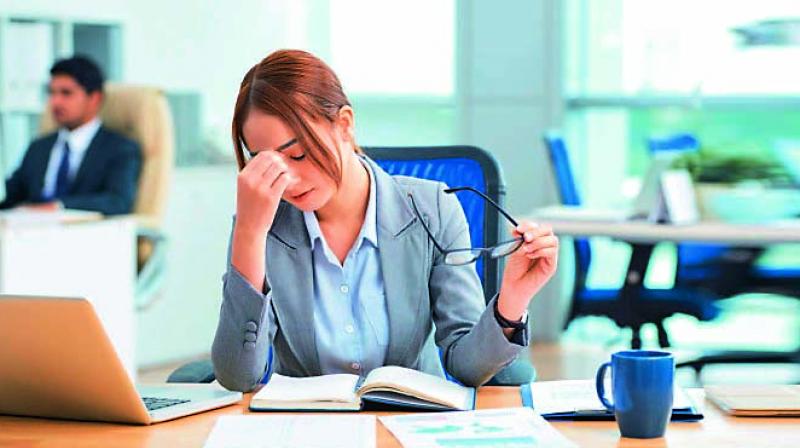 The modern woman is pushing so hard at the regressive boundaries that shackle her, never mind all her equal capabilities and abilities to a man. Why so?

The 21st Century woman is educated, working, financially self-dependent, and makes her own decisions — the corollary is — if she is fortunate. Despite the education and a financially independent status, many women are still unable to assert their persona in this medieval mindset milieu that somehow still largely persists in our society, metro or not.

I see a lot of women struggling to achieve success and send out a message that seems appropriate to the aims above.

I myself come from a privileged background where even men are all about encouragement and equality, so I feel dispirited when I see so many of my own peers and women achievers pose in society with a demeanour that says, “I am just the wife!”

While women in the West can be obsessed with self-hood and asserting their choice, including showing off their sexual personality and making choices that exhibit their physical assets, we are at a stage where an actor wore a bikini for a professional shoot by a pool and had the public and religious heads go up in a denouncing clamour.

The modern woman is pushing so hard at the regressive boundaries that shackle her, never mind all her equal capabilities and abilities to a man. Why so?

Because while the woman is modern to all extents — educated and economically independent — we often find that she has to deal with a man who, for all his exterior image, still comes encoded with the DNA of a century.  Modern in the trappings, but still a dyed-in-the-wool controlling patriarch that has been perennially shown in Bollywood movies.

Let alone what she will drape on her body, but he may also exert intrusive control on the choice of that body to have children or not, boy or girl child or even demand a son and heir. Think of that.

Yes, all this is quite prevalent and after so many years of so-called ‘equality’.

But interestingly, this equality does exist in a way within this mould of a man too. Let a daughter enter the scene, and he wants her to be well educated, dressed in avant-garde ways, encouraged to seek an enterprising work sphere — all of which he dismisses in his wife’s endeavours.

Seemingly to not much avail, the father then hands his daughter over to the husband and ‘lord and master of her life’, coming back full circle to what her husband deems fit.

The now conservative father stands by and applauds her falling in with this male-driven model of marriage.

A woman also doesn’t have the freedom to select what she will wear. This may seem an extreme case, but even today, many urban families up on the social scale will not have their daughters-in-law wearing anything other than traditional wear.

Let us come around now to the modern young man. He can fall in love, ‘go around’ with a modern girl in a flamboyant courtship, quite in bliss with her education and her choices, even proud of her skin-tight jeans, short skirts and the wine glass in her hand at the party.

The girl revels in the liberating promise of a compatible marriage, she will not have to push for acceptance of the person she is. That might be wishful thinking as the scenario turns out quite differently.

Honeymoon over and he gets down to the serious business of the life of a ‘responsible respectable married gentleman,’ where she is to be the brand ambassador of that persona. He lays down the requirements: Salwar kameezes and sarees, that’s it. She can go to work and the money is welcome, but housework and taking care of his parents, managing their firstborn son is going to be her ‘happily ever after’ life.

You don’t see the need for these tremor-causing transformations in the man. I am relating this from the real-time experience of seeing so many ‘modern life’ examples around me that at least do lip service to equality.

Go to the self-proclaimed traditional milieus and the woman is submerged in subservience and a life shackled in restricted choices.

The modern age seems to be a series of, “You worry about the dinner, my dear, leave the rest to my capable shoulders.”