Through Neena’s side of the story, the show again brings focus on single motherhood and how it is still considered a stigma 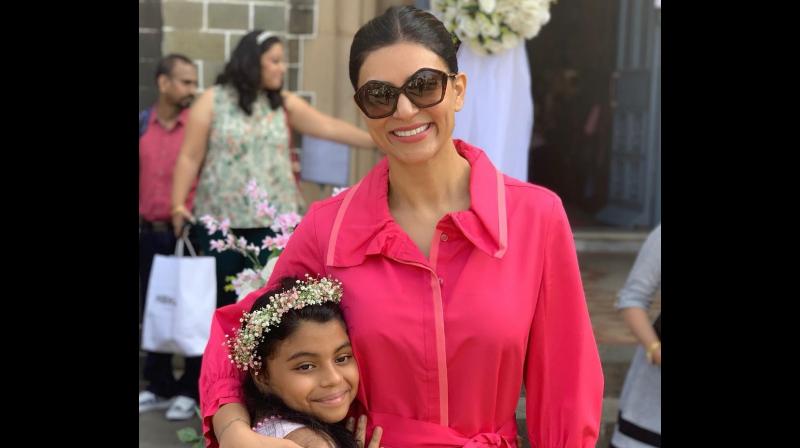 Actress Neena Gupta, a source of inspiration for many single women, has, however, been quite vocal about choosing the less trodden path in her life

Raising a child is a stimulating experience, and an equally challenging one for a single mother. In India especially, it’s hard to fathom the degree of challenges that single mothers — whether widows, divorcees, separated or single by choice — face every day.

The recently released web show Masaba Masaba dives into the subject of how two good women — Neena Gupta being a single mother and Masaba Gupta, a child raised by a single mother — struggle with the challenges of difficult, creative careers and ultimately navigate friendship in their own relationships.

Through Neena’s side of the story, the show again brings focus on single motherhood and how it is still considered a stigma in society for mothers and her children.

Actress Neena Gupta, a source of inspiration for many single women, has, however, been quite vocal about choosing the less trodden path in her life. While insisting that there will come a time in every woman’s life when she must stay strong and step up, she admits that bringing a child up alone isn’t easy and that single mothers suffer a lot.

“Personally, I wouldn’t recommend women to choose the same route as I did, of being a single mother,” Neena tells us. “I went against the norms laid out by society, and it was extremely complicated for me to be in it and raise Masaba. Sadly, nothing seems to have changed even today. Society is the same and it’s as if everything has got crystallised in time.”

In India, despite open conversation around women empowerment and single mothers, patriarchy still seems quite prevalent. A single mother is treated differently from one with a husband — she is still considered a stigma and often judged at length.

In most cases, a woman ends up as a single mother only to escape abuse, adultery or abandonment by the husband. However, instead of breaking down, most of these women take on the role of the single mum, doing the job of two people and still thriving against many odds.

Senior media professional Nupur, a single mother for the last 20 years, considers that surviving as a single mum today is as tough as it was 20 years ago. “I never used to tell anyone I am a single mother. Subconsciously, I had some milestones to achieve for my son and the only confidence I had was to move out of the situation and raise my child alone. I knew there would be challenges but I dealt with them,” says Nupur, who nevertheless believes that women today are much stronger.

Talking about how society even judges a single mother’s ambitions, Nupur reveals how she used to be out most of the time for work and everyone around her wondered what she was up to. Nupur also points out how back then, even getting a house was not easy for her.

“For years, I used my husband’s name on my house lease. But when I was getting my own house, though I qualified for the loan, I had to fight with the bank authorities, for they wanted a man’s name on the papers,” she recalls.

Despite Nupur’s experience, some women in India, who chose to stay single, are yet celebrating motherhood. Actress Sushmita Sen is one such, who is a proud single mum, despite braving the social storms.

Twenty years ago, she had decided to adopt her first daughter, Renee. “Being a single mother is indeed challenging. And while the position of women has changed in the country, there’s still much that needs to be changed. So when I look around me and see many more single mums, I wonder if I am just given way too much credit,” shares the actress.

Apart from social challenges where single mothers are alienated and looked down upon, their professional ambitions too are met with challenges.

Ritu Tripathi, single mother and an assistant manager in a well-known corporate firm, still struggles to prove herself at work.

“I had no job when I separated from my spouse and I was desperate to bring food on the table for my nine-month-old son,” says Ritu. “However, during my interviews with company HRs, they’d tell me to focus on my child because they believed I couldn’t manage two things. And I could never understand why they’d ask me about how I’d raise my child.”

It’s been eight years for Ritu since then, and while she has proved herself at work, she still claims to struggle to be with her child and prove that she’s capable of handling both work and domestic responsibilities. And sadly for Ritu, she believes she sacrificed her son’s childhood to prove herself to the company she works for.

“There’s too much pressure to prove myself at work and I ensure my personal life has no impact on my work. It is an everyday struggle. And sometimes, I feel being a single mother fills you with regret and stress,” adds Ritu.

Era Tak, an author and a painter, who has singly raised her 12-year-old son, feels that society needs to become more accepting of the women and their conditions.

“No woman intends to raise the child alone, for it is a double responsibility on her. But there are circumstances that aren’t good for the child while growing up and I think it is the mother who has to take the decision,” says Era, adding that she learnt to ignore what people have to say. “I had to raise my child in the right environment and at the same time I had to be at peace with myself. I refrained from sharing things with people and instead channelized those thoughts into my work and raising my son.”

While raising a child as a single mother may be mentally and emotionally exhausting and may lead to loneliness in their life, what could help them to sail through their challenges is their strong willpower and confidence to do better.

And not surprisingly given the situations they’ve lived through, most single mums raise stronger and gender-sensitive youngsters.

“I’ve never had any fears about Masaba. and I’m extremely proud of what she has achieved, and that she’s so hard-working,” says Neena.

Nupur and Era also second that kids raised by single mothers are mentally and emotionally stronger. “I believe a mother is responsible for inculcating values in her child, and that’s how children grow stronger and more mature,” says Nupur in conclusion.