New-age love triangle with him, her and....Internet device!

20 per cent participants said they set strict limits about Internet-connected device use when with their partner. 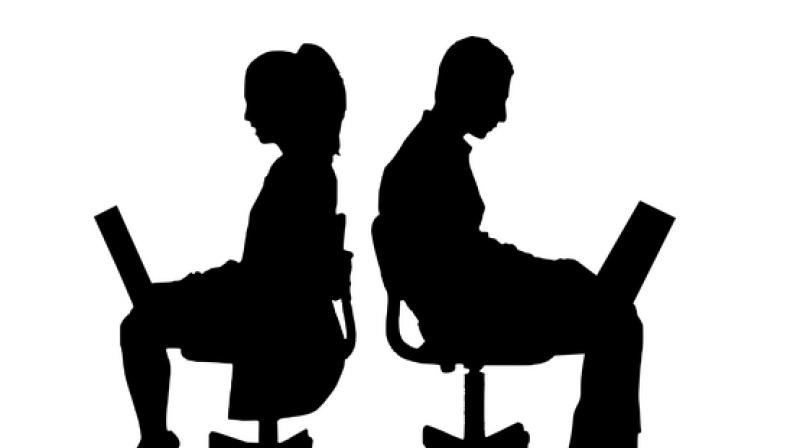 The Internet-connected world has also made it easier to meet new people. (Photo: Pixabay)

Internet may have brought the world closer but distance between hearts seems to be growing with 2 in 3 respondents polled in India saying they felt their significant other was more interested in their Internet connected device than in them.

According to a study by security solutions provider McAfee, 3 in 4 respondents indicated that they have had to compete for the attention of their date with their device.

Also, 77 per cent respondents said they think the use of technology gets in the way of relationships today.

About 81 per cent said they got into an argument with a friend, family member or significant other for "being on their phone too much" when they spend time together.

However, only 20 per cent said they set strict limits about Internet-connected device use when with their partner.

Interestingly, nearly half of respondents (45 per cent) indicated that they have spied on their partner's social media accounts or connected devices.

"In today's connected lifestyle, daily activities and interactions of consumers are powered by technology and apps.

This insatiable dependency for technology can come at the price of sharing our personal information with the unknown," McAfee VP Engineering and Managing Director Venkat Krishnapur said.

He added people need to be aware of the reality of oversharing and take corrective measures.

The study titled 'Three's Company: Lovers, Friends and Devices' surveyed 600 people (18 years and above) across Mumbai, Delhi and Bangalore, who use an Internet-connected device on a daily basis.

The survey found 70 per cent saying they find it very (40 per cent) or somewhat (30 per cent) important to disclose their relationship on social media.

The Internet-connected world has also made it easier to meet new people.

The survey found more than half (58 per cent) saying they feel dating apps/websites are more effective at helping people find a date than friends and family are.

While 89 per cent respondents said privacy is important in a relationship, 84 per cent said they would share their personal passwords and PINs with their partners.