This innovative campaign increased tourism in small town in Europe. 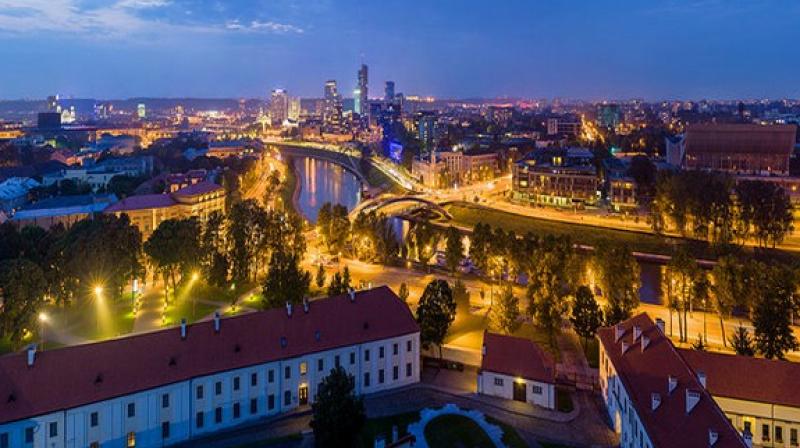 It was specifically directed at a millennial audience, and while the language is suggestive, it was important for us to ensure the imagery used is not explicit. (Photo: ANI)

Washington: An innovative advertisement campaign has made the small town, Vilnius, a must-visit destination for the tourist. "The G-spot of Europe," read the advertisement which encouraged visitors to come to Vilnius. The controversial marketing campaign which was made for the capital of Lithuania was launched last year.

The tag line of the ad which reads "Nobody knows where it is but when you find it -- it's amazing," the ad was accompanied by a picture of a woman lying down, eyes closed with pleasure, grabbing at the sheet beneath her, which was printed with a map of Europe. She was, of course, clutching at the spot that marked Vilnius, reported CNN.

The specially created campaign-- which is garnering a great response from the people-- urges visitors to "get down to business" and "build your personal pleasure map." Apart from the captivating ad, the campaign also shows off an array of Tinder-style 48 activities which the small town offers which includes a "personal pleasure map" urging them to "be brave to experiment" (ghost tours or escape rooms), "do it in the dark" (nightlife) and "use your tongue" (eat).

The engaging campaign made headlines around the world. The advertising students behind the idea were delighted with the response, while priests in the largely Catholic country were offended. The bishop of Vilnius warned that it was tagging the capital as a "sex tourism city" while the Lithuanian government requested that Go Vilnius postpone the launch of the campaign until after the Pope's visit -- a request which was ignored by the city, reported CNN.

After receiving criticism over the project, the initiative has been named the best destination campaign for a city at the International Travel and Tourism Awards. It was awarded the gong last night at the World Travel Market industry event in London. More importantly, it has also paid off in increased visitor numbers, Inga Romanovskiene, director of Go Vilnius, the tourist board, told CNN.

Overall visitor numbers to Vilnius increased by 12.5 per cent last year, but visitors from Germany and the UK -- the two primary markets for the campaign -- were up by 37.8 per cent and 20.5 per cent respectively. "Our goal is to attract younger, curious travellers interested in discovering new exciting destinations," she said.

Romanovskiene said her organisation wanted to highlight that "while Vilnius isn't a well-known city, once visitors discover it they enjoy their experience." She said that although Go Vilnius was "sensitive to the different ways the campaign could be perceived...it was by no means intended to cause offence."

"It was specifically directed at a millennial audience, and while the language is suggestive, it was important for us to ensure the imagery used is not explicit." "The messaging was not aimed to be taken directly," she added.