No love no more

While marriages aren’t always the happily-ever-afters, separations don’t have to be the nightmares they’re touted to be either 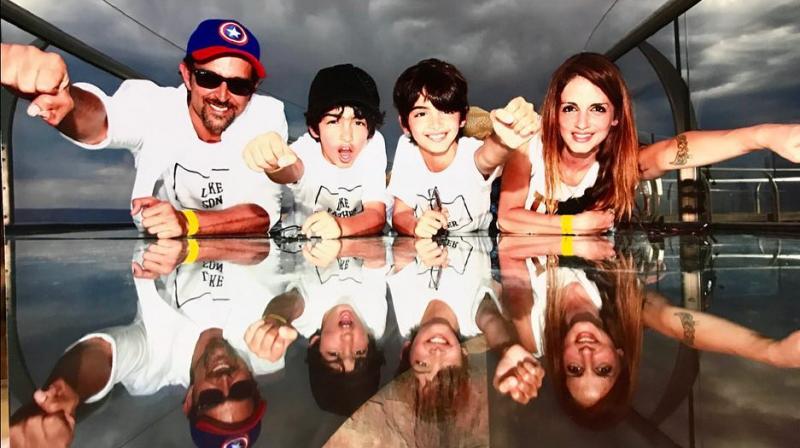 I remember attending a wedding of my friend’s son. The bride, who previously lived in the USA, looked radiant. The groom looked dashing and delighted. As I congratulated the couple, I remember thinking about how east-and-west marriages are so common these days, thinking how love conquers all differences in perspectives and sets in a vision unique and individual.

You can imagine my surprise when I heard some years later that the seemingly perfect marriage with three cherubic babies in it had suddenly dismantled. I was told the bride I’d so admired at the wedding had stomped out, without much of an explanation or effort to work it out, even refusing to fix the issues with a counsellor’s aid. Worse, she took the children with her, displaying unwarranted hostility to the rest of the family members. As often happens when acrimony clouds one’s thinking, she completely disregarded the long-enduring repercussions on the three kids.

However, a common friend simply laughed at my shock and remorse, “The question should more likely revolve around how many times one has been married because that’s how common divorce is now.” What was I so shaken about when the lady in question seemed so resolute and keen to ‘move-on’, the friend asked me.

Relationships, especially in marriages, are developed over time, needing understanding, bonding and emotional investment to smooth out both small and big impediments. Yet, when the malaise enters a relationship, all these investments are often trashed in haste and hostility, dismantling in divorce  — an increasingly common feature in modern lives.

What comes to my mind was the popular movie Mrs. Doubtfire. I remember wondering at how easy it was for the character played by actress Sally Field to simply walk out of an entire life and marriage because ‘I’m no longer in love’, without any considerations for the vulnerable children as well as for others involved, taking sides and hostile stances, spreading around acrimony that sours the environment for all those connected.

While it might seemingly be the ‘new culture’, I wonder about the repercussions of these break-ups upon little children who are suddenly torn asunder from a secure cocoon of their parents. A hostile parent can carry across disruption and acrimony, with the children suffering indelible effects. In the above case, the in-laws of the woman were just as disoriented and anguished.

Of course, I’ve even seen some divorces where couples have gone their separate ways yet maintained civilised demeanour with their ex-partner to ensure minimal trauma to the wellbeing of the children and others involved.

And that makes me wonder why a breakup must be ugly. I believe a relationship based on love, happiness and sacrifice may not be for a lifetime, but it really doesn’t have to get ugly and resentful. You may not stay best friends — that might be unrealistic — but speaking badly to or about your ex will only give you a very short-lived feeling of misplaced joy. If it is difficult to be just friends, try to restrain your aggression and personal attacks because that’ll damage your equation forever.

Incompatibility, which may have led to the break-up, doesn’t mean you need to take what was once sacred, no matter how briefly, to the gutter.

Marriages are not only between two individuals but between two families, where all concerned come together to create love and bonhomie for the sake of the couple. So also, I’m convinced that without personal attacks or lingering misunderstandings and by exercising restraint and maturity, it’s possible to create an equanimous situation for all involved. Yes, it’s not simple — such things are highly individual — but it’s not impossible. After all, there was love sometime, wasn’t it?