When less is more

It’s more important to have those three or four really close friends whom you can be with. 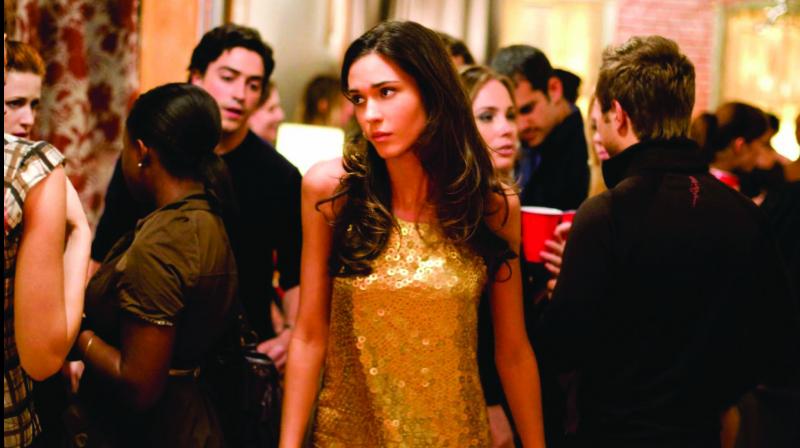 A still from the film Cloverfield

The endless stream of updates and invites to gain approval and feedback of friends and family, can create a pressure of its own, leading to the constant fear of missing out on things.

‘What is this life if, full of care, we have no time to stand and stare.

There is a constant fear of missing out (FOMO) on things being bandied about which you’ve probably heard of. The new age epidemic FOMO in an aspirational, demanding age where one-upmanship and ‘getting ahead’ is a priority in friendships and relationships above all else. That pretty little socialite feels life itself is about to crumble with the fear that he/she may not be invited to a party that everyone else has been invited to. Marriage, time with kids and friends are issues to be damned. The priority is ‘getting ahead’, but unfortunately one doesn’t know where they are even headed to.

My American flatmate Amy from my days in Los Angeles would feel severe anxiety that she was left on the shelf and a spinster candidate if she did not have a date come Saturday night. There is hype and anxiety quotient around Valentine’s day, New Year’s Eve and even starting Thursday weekend anxieties set in. Enjoyment in relationships and the moment is not the concern, it’s all about FOMO.

There were times when I enjoyed precious Wordsworthian nature trails and Davies’s ‘stand and stare’ moments with friends and people who grew up like me — enjoying animal safaris, lakes, time well spent with friends and family watching movies, visiting zoos and painting exhibitions, but all seem to be a thing of the past, replaced by the ‘must-be-seen’, ‘must-be-known’ exhibitionist — self-promoting Instagram, Facebook, Periscope and Snapchat.

This addiction starts as early as this 12-year-old who hops into the room in kangaroo leaps, kissing an invitation card in euphoric glee. “I’ve been invited! Rahul has called me for his birthday party.” He hugs his mother as he continues with trilling euphoria. The mother fervently thanks God as it was a matter for prayers and a fast too. Her son had sunk into near clinical depression the past few days over fears of  FOMO that is present at all levels, ages and across gender, damaging real relationships. Little babies sit with Ipad’s, alien to sketchbooks and Noddy. Husband snaps at his wife, and at all the household just because he wasn’t called to the chairman’s private dinner party.

Certainly, this FOMO is a long road to nowhere. Great souls like Buddha and Mahavira propagated that desire is the source of all sorrow, and here we only covet, covet and covet.

I had two friends who were always eager to make it into the society, in a hurry to succeed and make a mark. It was then that I suggested casually, “You have your whole lives? Why rush and appear too eager? It’s more important to have those three or four really close friends whom you can be with” and it struck them like a bullet to target. This has been the philosophy of my life. To take things in life with some composure, dignity and equanimity — not thrust yourself everywhere, clamour, climb, elbow yourself into every dinner, party, soiree in that desperate urge to network and hand out your card before the other person has even been introduced to you properly.

Remember to savour the special friends and nurture that special partner, relationship, spouse, fiance because like a plant needs consistent nurture so do our relationships.

(All incidents quoted are real life experiences and not fictitious.)