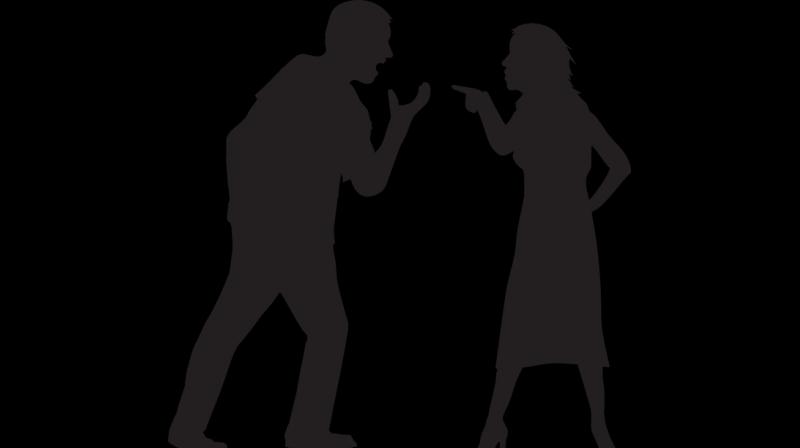 Toxic habits are to healthy relationships what wood borers are to wood, leaving them hollow over time if not tended to.

Toxic habits are to healthy relationships what wood borers are to wood, leaving them hollow over time if not tended to.
Using her years of experience in couples counselling, Aarathi Selvan, a clinical psychologist and founder of ‘Pause and Perspective’, a Hyderabad-based mental health care organisation, shares the five most commonly found toxic habits that partners should watch out for to maintain healthy and happy relationships.

Gaslighting
One of the most common problems in relationships, gaslighting is a kind of emotional abuse in which one partner manipulates the other, making him/her question his/her feelings, thoughts or even memories. The abuse can stretch to an extent that the victim of gaslighting in the relationship can even get down to questioning his/her own sanity. Aarathi shares how the partner who gaslights blatantly dismisses the emotions etc. of the partner, sometimes asking them not to ‘over think so much’ or that they’re thinking incorrectly. Sometimes, after a particularly harassing gaslighting session, the abuser tries to make up to the victim by saying they were kidding.
While agreeing that every human being has a different emotional wavelength, Aarathi states that each partner in a relationship needs to remain watchful of their actions and words. “It’s possible that one of them in the relationship is more sensitive than the other. But it’s crucial to honour the feelings and emotions of your partner even if they don’t make sense to you or even if you can’t relate to or understand them,” cautions Aarathi.

Criticism and contempt
Sometimes, simple nagging arguments between partners, which can even go as far as body shaming, lead to long-term hatred in relationships. “Often, partners criticise each other, and prolonged criticism and nagging lead to contempt, wherein the oft-mocked or criticised partner starts to dislike their significant other intensely,” explains Aarathi.
However, the clinical psychologist also suggests how partners could keep this problem at bay, albeit with a certain amount of self-awareness. “A conscious partner, who catches himself/herself nagging or criticising their partner constantly, should first stop the nag. Then the partner should try to have a conversation with the significant other, in which they should put across their concerns about the other subtly without offending him/her,” she states. “If we want our partner to change something in him/her, it’s most effective when we request and not demand.”

Stone walling
Explaining the problems that creep into relationships between people who have opposite temperaments etc., Aarathi likens each partner in such relationships as either a hailstorm or a turtle, respectively. “While the ‘hailstorm’ in the relationship would seem keen on reaching out and connecting, the ‘turtle’ would find it hard to have or keep up with conversations, and would retract. In such situations, problems can creep in when the hailstorm partner starts wondering if the turtle partner doesn’t feel for him/her anymore. The corollary of the situation could be that the turtle in the relationship might consider the hailstorm a nag,” adds Aarathi as she shares insights into the problem.
While spelling out a way around the issue, the psychologist emphasises that efforts are required from both ends. “While the turtle in the relationship should try and understand that the reason their partner is trying to reach out repeatedly is because they are either knowingly or inadvertently blocking the other by his/her inability or disinclination to communicate. The hailstorm partner, on the other hand, should consider giving some space to the turtle and be patient for them to get comfortable with opening up to them,” adds Aarathi.

Not making the effort
Aarathi points out how over a long period, couples begin adjusting to the mundane life and stop planning exciting outings or date nights as they used to during their courtship or the initial phase of their relationship. The psychologist talks about how one or both partners in the relationship start taking their partner for granted simply because they are always around.
Advising partners in relationships to never take one another for granted, Aarathi suggests that they keep up the spirit of their relationship by planning exciting events with each other, say, by going on date nights. “Prioritise spending quality time with your partner. Nothing good in life comes effortlessly, so it is to maintain relationship healthy, both partners should constantly put in efforts to spend quality time together to maintain the spark,” she adds.

Partner labelling
In long-term relationships, couples tend to label their partner. “Something called a limbic hijack happens during fights when a person’s emotions are triggered. In such cases, he/she stops thinking logically and rants out anything solely to protect themselves from the blame regardless of how much they might love each other,” elaborates Aarathi, as she shares her thoughts on the matter.
According to Aarathi working at understanding one’s partner could be a great step towards minimising conflicts arising from such name-calling. “Couples must understand that it’s natural to label and be labelled by their partner in the heat of the moment but it doesn’t mean that their partner doesn’t love him/her. However, couples should take control of the situation without letting the situation control them,” she adds in conclusion.