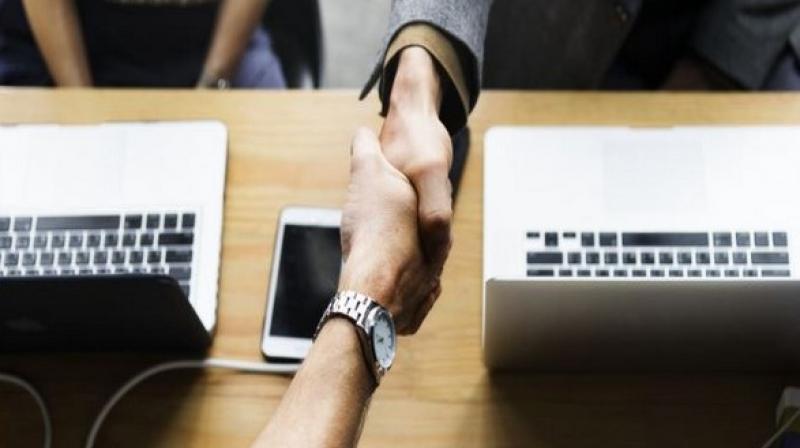 A recent study revealed that acquiring more knowledge about your partner and their actions influences how quickly and optimally they learn to collaborate. (Photo: ANI)

Washington: Everyone shares different goals, which can lead to conflict when working together. A recent study revealed that acquiring more knowledge about your partner and their actions influences how quickly and optimally they learn to collaborate.

Previously, most researches touched upon issues where they studied human's ability to coordinate actions with others but a few have addressed how to collaborate when subjected to a situation of conflict.

However, a new study designed by Chackochan and Sanguineti, did an experimental task where two participants are assigned to perform different sets of movements but using the same mechanical apparatus at the same time. Basically, putting the people in similar partner situations.

When analysed of such a situation, by applying 'Game Theory', it came across that when one person knows more about how the other partner is going to tackle such a situation, they tend to develop optimal strategies that could be fruitful for both the teams.

Given less understanding of the other person's action, the other partner develops strategies that minimize the need for that information.

Understanding such a mechanism of human to human interaction could aid the development of robots that can interact with people in a more natural, human-like manner.

"Application of game theory in human joint action may have far-reaching potential, especially in the area of human-robot interaction", said Chackochan.

Next, the researchers are planning to explore how they can gain information and represent knowledge about a partner's ongoing actions and goals.

Vinil Chackochan and Vittorio Sanguineti of the University of Genoa, Italy, present these findings in PLOS Computational Biology.