Calling partner 'This one' could sour your relationship

Find out where the issue comes into play. 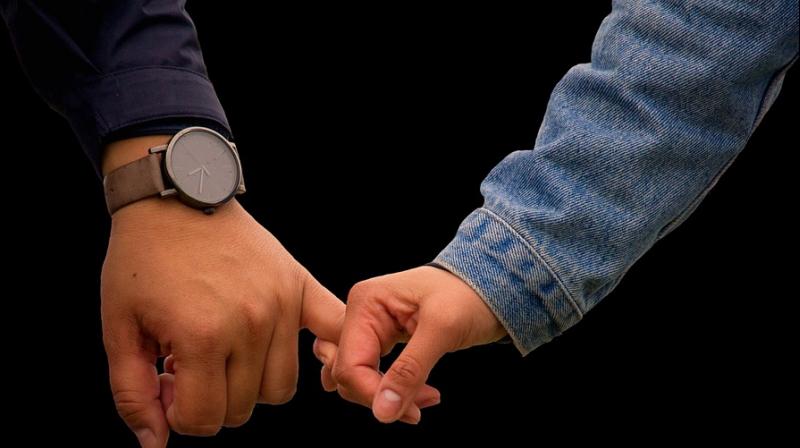 New Delhi: In the golden age where hash tags and slangs have taken the internet by storm, we find ourselves immersed in a sea of nonsensical, yet trending, acronyms.

The newest kid in the block is 'This one'. Typically used by someone to address their partner or boyfriend/girlfriend, it is the most trending term on the social media platforms.

It is used in sentences such as 'doing yoga with this one' or 'chilling with this one' for the caption of some beautiful candid shots of couples doing things like taking a midnight stroll hand in hand or lying down under the stars or enjoying some adventurous activities (#couplegoals).

But is it the right way to address your partner? Or is it just another expression in the world of jargon-obsessed millennial? Or does it show a deeper, hidden meaning behind just this simple expression?

According to James Preece, a famous celebrity dating coach and author, referring to your partner as 'this one' on social media could actually be a sign that your relationship is in under strain.

When used sparingly, the term draws attention to the other person instead of themselves. In this instance, it could be taken as a term of endearment. However, when the phrase is used frequently, it simply implies that you are trying to refrain from giving a tag to the other person.

It could be taken as a sign that the person is trying to distance itself from the relationship. Preece told The Independent that, "If they were truly happy then they wouldn't have a problem referring to them as their boyfriend/girlfriend/partner etc". It could actually mean that the person has got commitment issues.

However, such interpretation could be dependent on the stage of their relationship as well. He explained, "It could just be that it's in the early stages and they aren't sure where they stand. So to avoid any problems they keep things light to start with".

Nevertheless, it could be a control tactic as well, he added. To use it with caution and decide which direction to take in the said relationship add to the equation.

Preece added, "If they aren't ready to put a label on their relationship, they could be trying to control them by keeping them at arm's length. It's almost as if they are saying they aren't together, but nobody else had better come near".

He further suggested to not be reluctant or afraid to refer to your lover by a name or a given tag, that is, if you have figured it out yourself.