Life   Relationship  18 Jul 2017  Did you know humans are hardwired to lean right while kissing?
Life, Relationship

Did you know humans are hardwired to lean right while kissing?

Over two-thirds of the kiss initiators and kiss recipients turn their heads to the right. 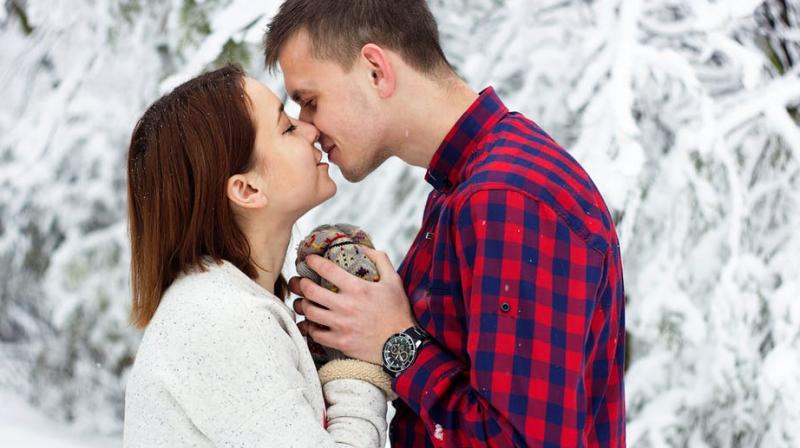 Washington: To kiss your partner is always special, but a study has revealed that more than two-third of humans are hardwired to tilt their heads to the right when lip-locking their partner, while adding that men are about 15 times more likely than women to initiate a kiss.

Over two-thirds of the kiss initiators and kiss recipients turn their heads to the right. It is also the first study in the world to show that the kiss recipients have a tendency to match their partners' head-leaning direction.

Researchers at the Universities of Dhaka (Bangladesh), Bath (UK) and Bath Spa invited 48 married couples to conduct the same. The study suggested that the kiss recipients have a tendency to match their partners' head-leaning direction in order to avoid the discomfort of mirroring heads.

It suggests that the act of kissing is determined by the brain splitting up tasks to its different hemispheres - similar to being either right or left-handed - specifically the functions in the left cerebral hemisphere, located in the emotion and decision-related areas of the brain.

The researchers suggest different hormone levels (such as testosterone) in each hemisphere and neurotransmitters might be unevenly distributed to each hemisphere (such as dopamine, involved in reward behaviours) as giving rise to a bias to turn right.

Lead author Dr. Rezaul Karim from University of Dhaka said that head turning is one of the earliest biases seen in development - even in the womb a preference for turning the head to the right is observable before that of favouring the right hand or foot.

Another author Dr. Michael Proulx from the University of Bath explained that the study is unique in giving us a look into a private behaviour in a private culture with implications for all people. The study is published in the journal of Scientific Reports.