The point is to not judge Sushant Singh Rajput or the people he didn’t get along with, we need to discuss stress, anxiety, and support 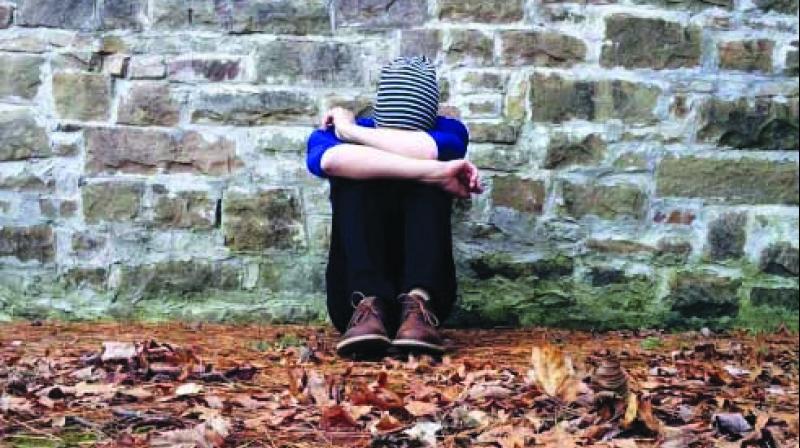 There are so many opinions, views being bandied about, even judgments being passed about Sushant Singh Rajput.

Depression is a clinical malaise, not caused by a situation or a problem; we have all been through monumental problems and disappointments.
The point is to not judge him or the people he didn’t get along with; what we need to discuss is stress, anxiety, support and the havoc wreaked by popping pills. Doctors often prescribe benzodiazepines, which can mess up the chemical balance in the body and makes one tremulous, weak, and an insomniac.

Instead, seeking meditation, prayer, friendship, compassion, and acts of kindness to people around is actually therapeutic.

Just recently, I wore an Alexander McQueen backless dress and felt beautiful in what was a most ingeniously created work of art in its construction and conception.

Must take a beautiful mind to have conjured this, I wondered, and then I began questioning what made this acclaimed creative genius worth 20 million pounds and subsequently commit suicide at 45 in his stunning two million pound flat in London’s Mayfair?

He was doing work he liked, achieved recognition, success, money, fame, and adulation, and he was one of the greatest creative geniuses of our times. Stories like his and Kate Spade’s make me think that is all this fame and fortune not enough reason to endure living? Are there further barriers to the elusive state called happiness?

I clearly remember the day my model friend Viveka Bhabajee had planned on meeting me for a swim at Sun and Sand. I never saw any expression of sadness or pain in her; we spoke often and were fond of each other.

Just a few days later, I was horrified to learn that she’d hung herself to death. Before that, there a similar instance of fellow compere and presenter Nafisa Joseph, self-assured and composed.

Not long after an event we hosted together, I heard of the eerie incident of her hanging herself. A

nd now, a young Sushant Singh Rajput, who always seemed to be smiling? I was so taken aback that I couldn’t believe it at first.

Not taking away from the anguish of their tragic ends, I cannot stop thinking of the impact this must have upon their parents.

The person is so enveloped in his own woes that the parents who nurtured them are forgotten. A thought spared for them would have been the red signal that should’ve stopped the Devastation Express. The families of these lovely people suffer a lifelong incurable wound which probably cannot heal.

Education system needs to change its fundas; as Calvin grouses to Hobbes: “For some reason, they’d rather teach us stuff that any fool can look up!”

Well, Calvin is right. We need lessons on ‘Living Life’ EQ, communication, a ‘real world’ perspective that would slash the narcissism quotient significantly and instead instil values such as caring and empathy above self-serving interests.

Apart from this, people might also learn to reach out when tormented, clinically depressed, and unable to cope with the pressures of education, urban competitiveness, showbiz and social pressures in the glamour world.

Counselling is mandatory at such times.

While the world feels that nepotism, soured romances, rejections are the cause, these are just triggers to not only deep-seated loneliness but an inability to cope with the social pressures of fame, performance pressures in the public and media glare and fear of failure that push an already-depressed person to take such drastic step.

Life is a series of loss, from the day we are born. So then, how do to grapple with pain, loss and suffering? I’d say the only way out is within. This very elusive happiness does not come from relationships, material triumphs, millions of likes on Instagram or great recognition and success.

Vidya Balan too discussed the pressures of glamour and society, and her hurt as she was waiting her turn to audition for a role right in the start of her career. Some glamorous girls were laughing about the ‘behenji’ Vidya, who dared to dream of working in films.

“I tried to conform, made a great effort to wear dresses and be a person that I was intrinsically not. Until the discomfort brought with it the realization that we really need to draw happiness from within, people cannot comfort you,” she said.

Greenery is a great healer, and walking barefoot in the grass is therapeutic, as is hearing music. The good life is not a place you arrive at, it is a lens you bring to the place you are at right now!

Use the trick of ‘shifters’, things that can instantly change the way you feel, beautiful memories banked within you to bring to the fore when the events of life get to you and make you feel – yes – suicidal.

Make a list of funny memories, nature, people you love, and smile. It takes a minute or two of changing focus to shift to another frequency, and it makes you into a survivor than a quitter.